When it comes to running, doesn’t it feel like we’re always being told to start our day with a workout? When it’s not something in your current routine, it can seem like a daunting lifestyle change. But there’s a reason health and fitness experts all encourage lacing up in the morning – there are so many benefits!

What does your morning routine look like? I think for many of us it’s something along the lines of brush teeth, drink coffee, scroll through phone/check emails until breakfast. Sound familiar?

Compare that to many leading CEO’s and politicians who tend to wake up extra early, read, exercise, or meditate hours before they even touch a phone or computer. Morning routines set the tone for your day.

14 benefits of running in the morning:

When you schedule running first, the odds of something derailing your plans are lower. Too often, as you get into your day, things come up that compel you to skip or shorten your running plans to make time for other commitments.

“The best thing about working out in the morning is that you’ve got it out of the way and you don’t have to think about it for the rest of your day,” says Tatiana Lampa, NASM, a corrective exercise specialist and trainer.

There are studies that show running on an empty stomach with less carbohydrate stores result in your body using more fat to burn energy.

In a 2015 study and 2017 study studies of male and female participants, exercise increased fat oxidation over 24 hours when the workout was done before breakfast. According to the researchers, this is due to the body’s response to low carbohydrate levels. The lack of carbs stimulates genes that control fat oxidation.

And while it doesn’t hit everyone, the ‘runners high’ is a release of hormones called endorphins which produce a short-lasting, deeply euphoric state following intense exercise. What better way to start your day?

Running when you first wake up means you have less on your mind and can focus better. Emails (usually) aren’t bombarding you yet early in the morning. Not only that, a morning run is a great way to plan out your day in your head as you run.

Cardiovascular exercise like running can create new brain cells and improve overall brain performance. You may notice your brain function at work improving with regular morning running. It’s been shown that running boosts cognitive flexibility which allows you to switch between different mental tasks effectively by quickly shifting gears and adapting to changes quickly.

This study found that employees had better work performance on exercise days compared to non-exercise days.

Ample research has shown runners have better heart health. It also helps maintain healthy cholesterol levels and regulates blood pressure. One study found that even 5-10 minutes a day of slow jogging considerably reduced risks of death from all causes and cardiovascular disease.

Running at the same time each day, particular in the morning, means you will feel tired earlier the previous evening. Once your body is in a consistent rhythm, you’ll fall asleep faster and wake up more refreshed.

One systematic review showed exercise improved sleep quality as well as sleep latency (the amount of time it takes you to go from being awake to being asleep).

According to Melissa Kanchanapoomi Levin, a dermatologist in New York City, “Increasing your circulation with cardio delivers a greater amount of oxygen and nutrients to your skin, which helps repair it and increase collagen production. Plus, enhanced blood flow helps skin cells regenerate, she adds—meaning cycling could actually be anti-aging.” 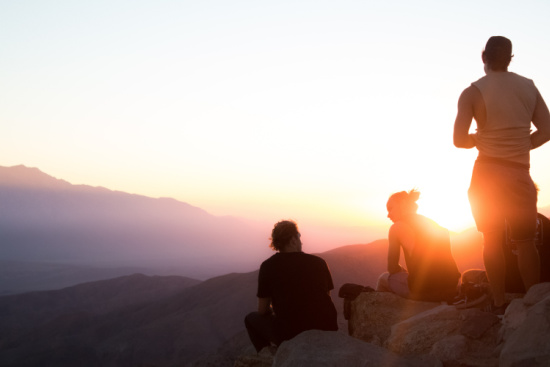 According to a recent study, testosterone levels peak in the morning. Running in the morning will capitalize on those higher levels and help build muscle faster.

If building muscle is a focus of yours, stick to high intensity, short duration running like sprinting. You will build much more muscle with these high intensity, high powered bursts versus long distance running.

There’s a reason doctors are prescribing time outside for many chronic conditions, we have become disconnected from nature. Depending on what you do for work, your run may be the only chunk of time you get to spend outdoors in nature, breathing in fresh air.

Dr. Christine Ashour, White Plains Hospital Physician Associates said “…being in nature can have a calming effect and improve your mental and physical health, especially when its combined with exercise.”

After a run, you’ll likely want to fuel your body with a nutritious breakfast. You may also think twice before reaching for a donut or other sugary breakfast, knowing you worked so hard that morning.

A study published by the International Journal of Obesity, looked at 2,680 young adults who were not exercising regularly or dieting.

Scientists found that after exercising for several weeks, formerly sedentary study participants were more likely to choose foods like lean meats, fruits and vegetables, while preferences for fried foods, sodas and other unhealthy options decreased.

“The process of becoming physically active can influence dietary behavior,” said Molly Bray, corresponding author of the paper and chair of the Nutritional Sciences department at UT Austin and a pediatrics faculty member at Dell Medical School.

“One of the reasons that we need to promote exercise is for the healthy habits it can create in other areas. That combination is very powerful.”

According to dermatologists, exercise decreases the level of the stress hormone cortisol, which can be beneficial for chronic skin conditions like eczema, psoriasis, and acne. While many think that sweating can aggravate acne, it’s actually the sweat proof makeup that is likely causing the breakouts.

You’ll find there are less cars on the road and other runners/walkers on the sidewalk when you run in the morning. This makes for a calmer, more relaxed run.

Less cars also means less exhaust to breath in. Unfortunately, The American Lung Association’s 2021 “State of the Air” report found that more than 135 million people in the U.S. are living in places with unhealthy levels of ozone or particle pollution.

Getting going in the morning means there will be less traffic and less industry so you’ll have cleaner air to breath in while you run.

Studies have shown that regular running strengthens the joints and protects against osteoarthritis later in life. Steven Mayer, MD, a physician in physical medicine and rehabilitation at Northwestern Medicine Orthopedics says “…running tends to be protective of knee arthritis.”

While knee pain can be a common running injury, a 2016 study by the European Journal of Applied Physiology shows running may change the biochemical environment inside your knee joint to keep it working smoothly.

14. Free Up Your Evenings

By getting in your run in the morning, you don’t have to rush out of work to pull pavement. You can go out for dinner, or better yet, prepare a healthy meal at home. It gives you time to enjoy your friends and family and prepare for the next day.

While that first week or two may seem tough, if you stick to a consistent morning run schedule, you will soon get into a sustainable routine and will begin to see the many health benefits of this amazing habit.

What is the best time to run in the morning?

There is no “one right time” to run in the morning, everyone has different circadian rhythms as well as scheduling demands. The best time to run is when you first wake up, timing it so you have plenty of time to finish your run and shower before you need to begin your next task of the day.

How long should you run in the morning?

This is another individual answer but you should always aim for a minimum of 20 minutes.

Can you lose weight by running in the morning?

Absolutely! When you run on an empty stomach your body turns to its fat stores for energy, versus running in the evening when you have all the calories from the food you consumed that day to burn first.

It may take a while to get it just right. Some runners need a small amount of food such as a banana or yogurt to avoid feeling nauseous on their run.

How can I train my body to run in the morning?

To form any new habit, you need consistency. If you want to start waking up earlier to ensure you run first thing, make it as seamless as possible. A few simple tips include:

Why is My Running Pace Getting Slower? (Top 10 Reasons)

What Is a Technical Trail Run? (Definition and Tips)