For many avid runners, the thought of running 50 miles in a day is daunting, to say the least. Long thought of as the gold standard in ultrarunning, running 50 miles is often seen of as a rite of passage for anyone looking to get into the world of long-distance trail running races.

However, many new runners and non-runners alike find themselves wondering if it’s even possible to run 50 miles in a day and how they, too, could ever go about training for such a race. Thankfully, we’re here to help. Here’s our ultimate guide to running 50 miles in a day so you can spend less time researching and more time enjoying the great outdoors. Let’s get to it!

Before we dive into everything you could possibly want to know about running 50 miles, let’s answer the question: “Can you run 50 miles in a day?” – You can absolutely run 50 miles in a day. As you read below, you’ll discover that it’s actually quite doable with a bit of training. Thousands upon thousands of runners have completed the distance in a single day, taking anywhere from 5 hours for the fastest finishers to 15 hours for the “back of the packers.”

How long does it take to run 50 miles?

As you might imagine, the amount of time it takes to run 50 miles greatly depends on the runner in question. While some people can complete a 50 mile race in seven or eight hours, the average finishing time for a 50 mile road race is between ten and thirteen hours.

Younger folks tend to have faster times in these ultra marathons, but not by much. In fact, the average time difference between the 0-19 age group and the 60-69 age group is just about 45 minutes to an hour.

That being said, these average times are for road races, not trail races. Since trail races generally involve trickier terrain and lots of elevation change, you might think that the average finishing time for a 50 mile trail race is often a bit higher than that of a road race.

However, average finishing times for the Ice Age Trail Run, one of the oldest ultramarathons in the United States, are just over ten hours, with the fastest times clocking in at six and a half hours. Why are the 50 mile trail race times slightly faster than those of a 50 mile road race?

Well, despite the fact that trail races are usually more difficult than road races, people who run ultramarathon trail races are generally more committed and practiced in their pursuit than some of those folks who attempt their first 50 mile road race. Since many people start out with road races before moving to the trails, the 50 mile road race attracts a wider range of runners than a trail race might, thus causing a bit of a discrepancy between the average times. 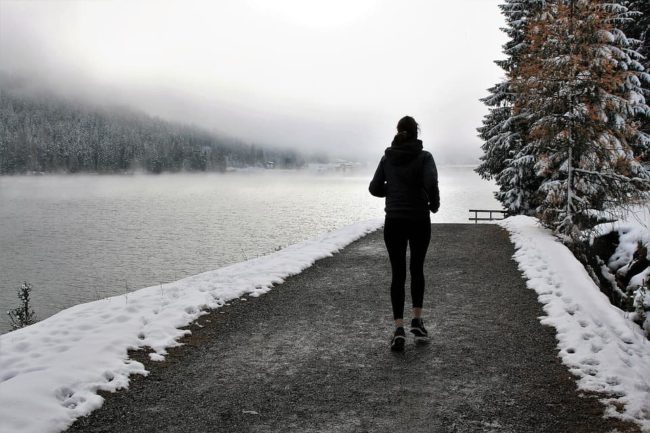 What exactly is an ultramarathon?

Whether or not you like to run, at some point, you’ve probably questioned what an “ultramarathon” even is. For the vast majority of people, running a regular marathon (26.2 mi/42.2 km) is more than enough, but for others, it’s not quite the challenge that it used to be.

These people are called ultramarathoners or “ultra runners,” and they race for distances that are longer than the traditional marathon length. The most popular ultramarathons are:

That being said, there are plenty of races out there that cover vastly different distances, though, in the United States, the 50 miler is one of the most popular ultramarathons despite the fact that it’s not considered an official distance by the International Association of Ultrarunners (IAU). On the other hand, other ultras cover not a specific distance but a specific amount of time, such as a 24-hour race.

Additionally, while many ultramarathons are road races, the particularly ambitious among us prefer to race in the mountains, taking on ultramarathon trail races instead. These races, such as the Hardrock 100 or the Pikes Peak Ultra require runners to traverse difficult terrain with plenty of elevation gain and loss, which only adds to the difficulty of the run.

Although the average 50 mile race time is somewhere between 10 and 13 hours, the world record fastest 50 miler is something to marvel at. With a finishing time of 4:50:08, Jim Walmsley earned the coveted world record title for the 50 mile run thanks to his showing at the 2019 Hoka One One Project Cabon X event outside Sacramento, California.

With his time, Walmsley just barely bested the previous world record holder, Bruce Fordyce, who in 1984 ran a 50 miler with an impressive time of 4:50:51. The Hoka One One Project Carbon X event wasn’t a race, per se, but a debut launch for Hoka’s latest shoe that’s been four years in the making.

For the event, Hoka brought together a star-studded line-up of the world’s best ultrarunners in the hopes of breaking the 100 kilometer and 50 mile world records. Walmsley’s achievement during this road running event is nothing short of astonishing, but his true goal wasn’t the 50 mile record, but to put out a personal best at the 2019 Western States 100 ultra run just a few months later.

With a 2019 Western States 100 finishing time of 14:09:28, Jim Walmsley’s back-to-back achievements are nothing short of extraordinary. We can’t wait to see what he does next!

If you’re new to the world of ultrarunning but have plenty of experience with marathon-length road races, you might be wondering how long it would take you to complete a 50 mile race. Although it’s impossible to get a completely precise estimate of how long it would take to finish a 50 mile race based on your finishing times for shorter races, there are some predictor tools out there that can help you guestimate your time.

One of these tools, from RunningAhead, uses your finishing time from two recent races to predict how long it would take for you to finish a 50 mile or 100 mile race. How does it do this? Quite simply, these tools use your past times, coupled with a known performance degradation coefficient, to account for the slowing down of your pace after every mile, to give you a solid estimate of how long it would take you to run a longer race.

The formula for this predictor from RunningAhead is as follows:

While you can’t expect these tools to be spot-on when it comes to predicting your finishing time, you can use this information to gauge whether or not your average mile pace is ready for a 50-mile race. Since many 50 mile races have a cut-off time, you want to be sure that you’ll have a good chance at finishing within the allotted time.

That being said, running 50 miles takes more than a few weeks of training for most people. In fact, many ultrarunning coaches and endurance and performance researchers suggest a four- to six-month built-up for newer runners before comitting to your first race. On the other hand, if you’ve already been training for a shorter race for the last three months, you might be okay to ramp up your training for just another three months before racing.

Although there’s no one way to train to run 50 miles, there are some general guidelines that you can follow. Here are some things to consider: 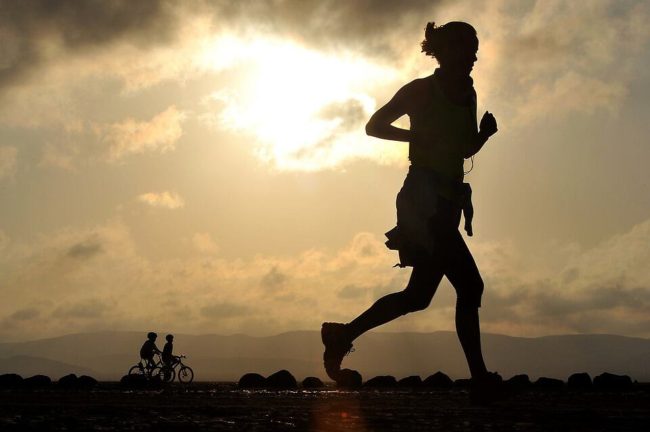 Can I run 50 miles without training?

While many people personally feel the need to train for a 50 mile race, there are many among us who wonder if they, too, can run 50 miles, but without all of that training.

The answer? Yes, you could run 50 miles without training… but it’s not recommended. Unless you’re already an elite athlete with a solid endurance base, it’s unlikely that you’ll make it to the end of a 50 miler without training. If you do, you probably won’t have had a very enjoyable time on your long run.

Our advice? It’s generally best to train. Putting in those miles and getting your body ready for an ultramarathon is the best way to get out and enjoy your run (though it might still be a sufferfest) while also reducing your chance for injury.

How Many Hours of Sleep Should A Runner Get?