RAM ProMasters are excellent vans for conversions – they are less expensive than Mercedes Sprinters, American-made so parts are easier to find and cheaper, and they offer a perfect boxy canvas for building your tiny dream home. There are a variety of ways to go about converting a ProMaster, including DIY conversions, kit conversions, and full professional conversions.

So, how much does a RAM ProMaster conversion cost? The answer varies based on whether you buy a new or used van, whether you convert it yourself or pay a professional, and what types of amenities you want in the van. In general, you can expect to pay between $25,000 and $50,000 to purchase a ProMaster and convert it, although if you purchase a brand new ProMaster with all the bells and whistles and pay a company to fully convert it, you can easily spend upwards of $100,000.

I spoke with three different ProMaster owners about their conversion costs: one who did a DIY conversion, one who chose a kit conversion, and one who opted for a professional conversion. 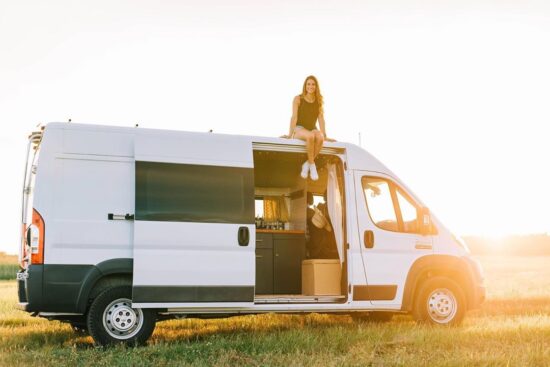 Allison (@allison_bove) did an amazing DIY conversion of her 2016 ProMaster. Here’s what she shared about the process:

“I had a budget of $30,000 for my van build but I wanted to keep it around $25,000 if possible. I was pretty picky when it came to buying the van.  As a solo female traveler I wanted my vehicle to be reliable and require little maintenance. Therefore, the parameters I set for my van were as follows:

RAM ProMaster 2500 high roof, certified pre-owned, back up camera (this added about $5,000 compared to buying one that was not based off of my research), 50,000 miles or less and around $20,000. I ended up finding just that after a month of searching non-stop. I bought my van for $20,000 and spent close to $4,700 on the conversion. That was every screw, piece of wood, and appliance added together.” 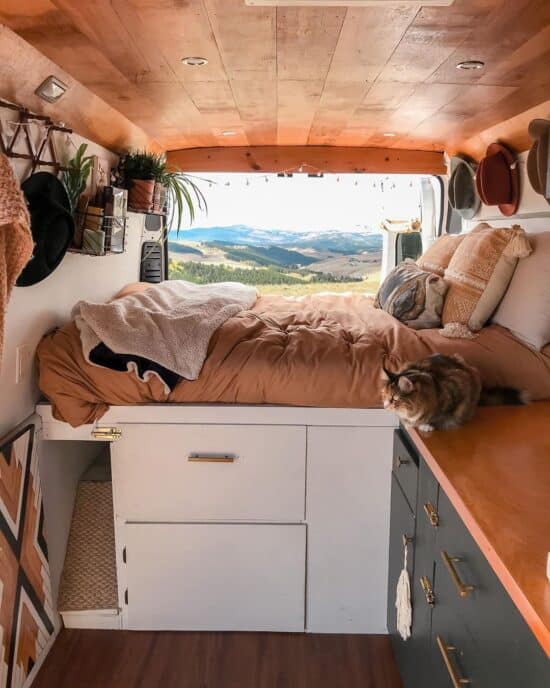 How did you choose to go with a DIY conversion as opposed to a professional conversion or a kit?

“For me, a DIY van was the only way I was going to be able to make this dream come true. I didn’t have the funds to pay someone to build a lavish van. But I also wanted to do it myself. The idea of building my dream home was exciting, completely customized to what I liked and wanted to be in it. It was also an opportunity to learn new skills.” 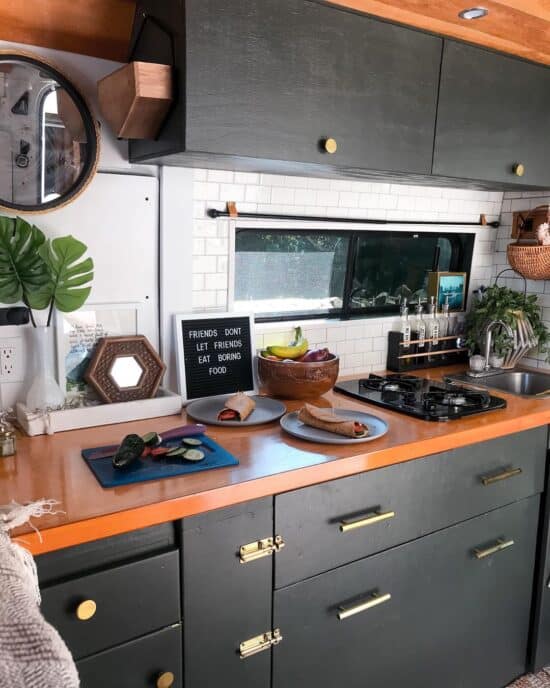 “I absolutely love my ProMaster. I did a lot of research comparing the pros and cons of busses, RVs, and different models of cargo vans. I ended up picking the ProMaster because it was front wheel drive compared to the Ford Transit which was rear wheel drive. I also wanted an American-made van compared to European so that when I did have to replace parts they wouldn’t be as expensive.

The ProMaster is a few inches shorter than the Ford Transit but it is wider, making it fit a full size mattress sideways and leaving lots of floor space. I chose the ProMaster 2500 out of the ProMaster series because it was the biggest van I could get while still fitting in a regular parking spot. The ProMaster also has an amazing turn radius and visibility  making it super easy to drive.

If I had to do anything different with choosing a vehicle I would pick one with only one sliding door. When I was looking at the van online I didn’t realize it had two doors until I was standing inside of it (you look at so many van pictures and from different angles it’s easy to miss haha).

It definitely made the build harder because we had to build around the contours of the van door compared to if the additional door wasn’t there, we could have simply framed out that wall.” 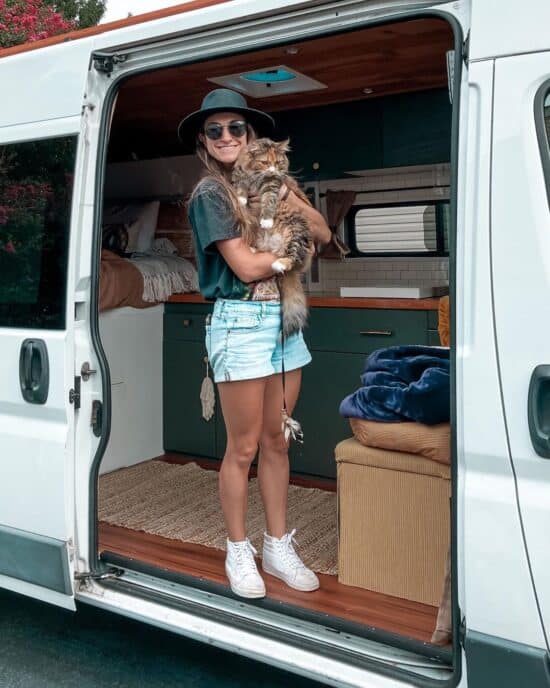 “This past weekend I went wilderness camping and took it off roading with no problems. I was a little worried about getting back up the rock hill but the ProMaster handled it with no problem!  So far this van has allowed me to live out all my van life dreams to the fullest and I can’t wait for more adventures to come!” 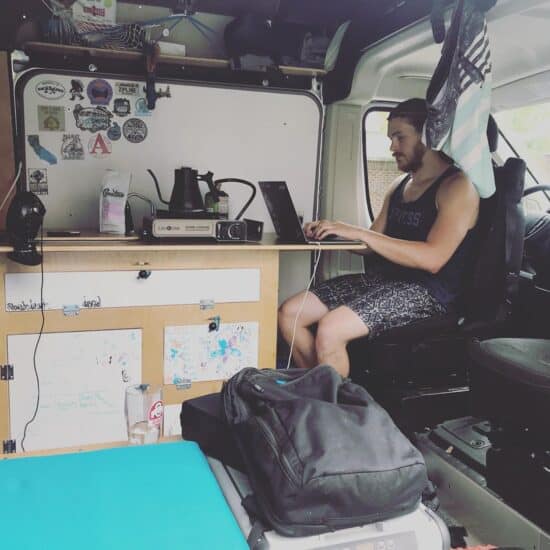 Sean (@sean.winner) opted to go with a Wayfarer Vans conversion kit for his ProMaster. Here’s what he had to say about the cost and process:

All in all, including the Goal Zero power stations, we’ll round the cost of Sean’s ProMaster conversion to $52,000. How did you choose to go with a kit conversion as opposed to a DIY build or professional conversion?

“I decided to go with the kit because it was a good in-between for me. I don’t have the necessary skills to do a DIY conversion and it would have taken me a while to learn. I wanted to get out on the road ASAP. I didn’t go with a full build out for a couple reasons. First off, it’s wayyy more expensive.

They do have a lot more features, but some of those features aren’t necessary for me. I wanted to go with something simpler that I could add on to as I went. I didn’t have any experience living in a van before so I didn’t know what I would really need and what I didn’t. For example, some conversions include a shower or toilet. I have neither and am very glad for it.

Dealing with the extra water needed for a shower and finding a place to dump gray water all the time would be a big pain in my opinion. Dealing with a toilet would be the same issue.”

I would choose it again. I would love 4×4, but it’s way out of my budget for now. That’s the only thing I wish I had, but I am happy with front wheel drive.” 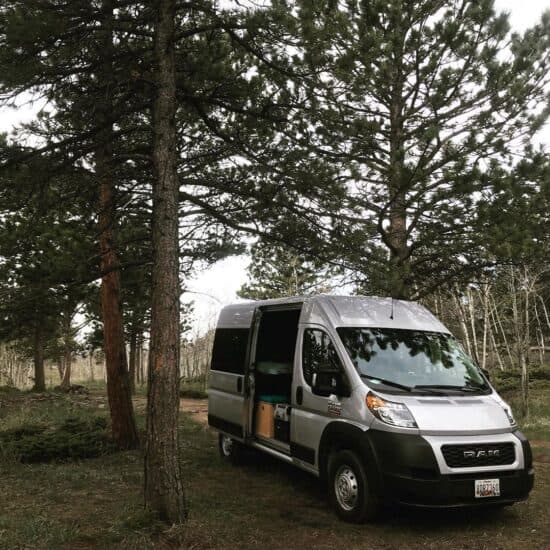 “I haven’t had any issue with the vehicle really. I have about 50k miles on it and it’s about 2.5 years old. If I had to do it again I may try to get a used van, but it would have to have swivel seats for sure.

I got it brand new through Wayfarer’s preferred dealer with swivel seats, a backup camera, and a sliding door, window, and tow package. I think finding a used van with those features would have been hard. I’m glad I went with this.” 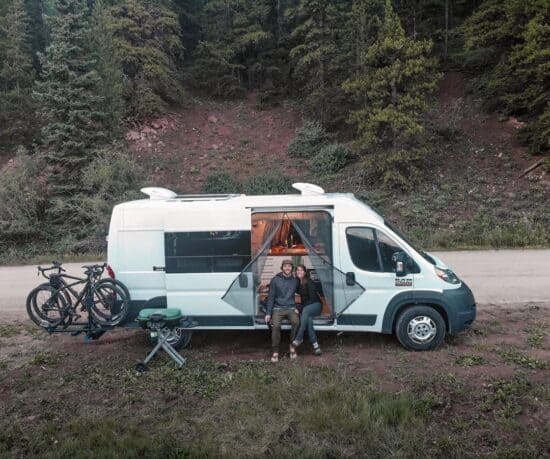 Jessica and Parker (@parks.and.wils) opted to have their ProMaster professionally converted by Dave & Matt Vans. Here’s what they shared: 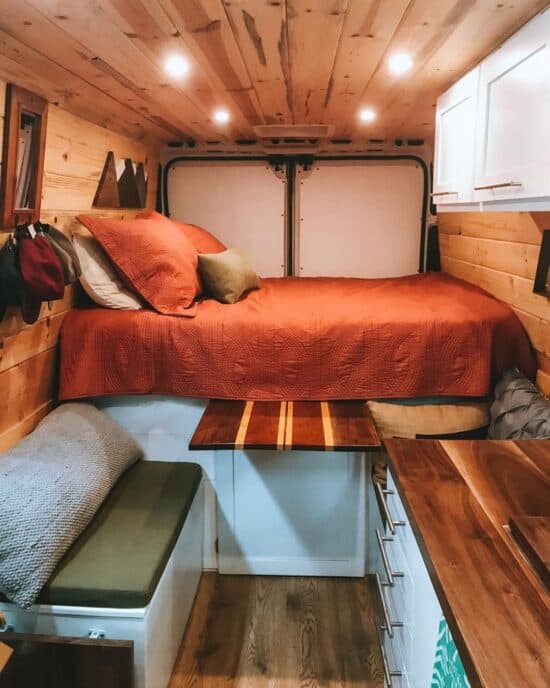 How did you choose to go with a professional conversion as opposed to a DIY built or a kit?

“We bought our van in the winter in Denver. We were living in an apartment complex with no garage or space to build out the van ourselves and we wanted to spend our days off skiing and adventuring instead of working on our build. Dave and Matt were offering an affordable, quality build and had experience living in vans themselves so we felt confident in their product.

We’ve met a lot of people on the road that wish they would have done something different about their build whether they did it themselves or had someone build it but we wouldn’t change a thing about ours.” 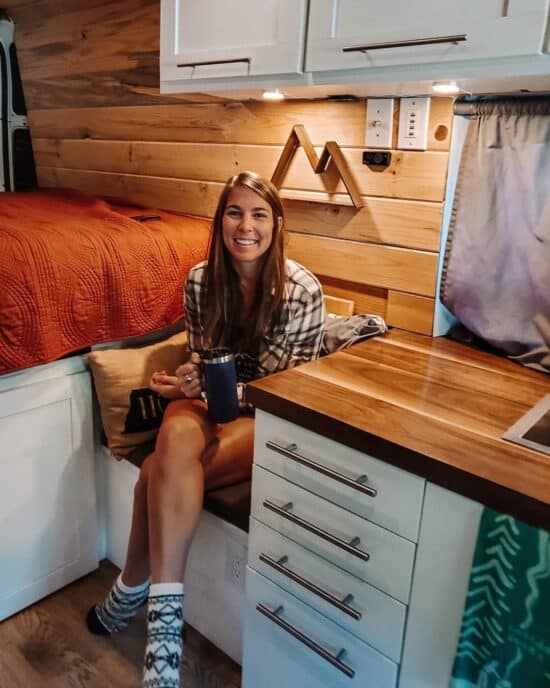 “Pros: affordable, easy to find someone to work on it should you need it, 4WD performs well in snowy conditions. Cons: no 4×4 option – that would probably be the only reason we would switch to another rig but we’ve been happy with the ProMaster’s performance in the snow which would be our biggest reason for 4×4.” 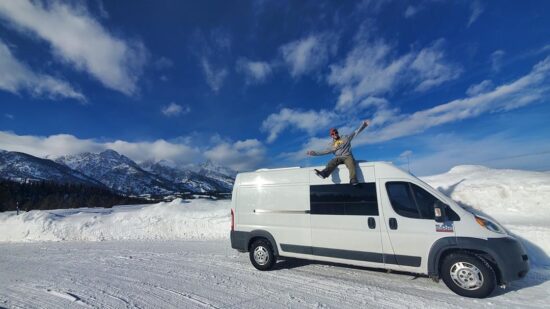 “In hindsight we kind of wished we just bought new versus used but we just didn’t know how much we would love it! We highly recommend renting a van or living in the shell for a little bit to really get a feel for what you want to prioritize in your build – that way you won’t be saying ‘I’ll do this or that differently on my next build.”

Now that we’ve covered three different ways to convert a ProMaster, let’s look at some details of the van itself.

Is the RAM ProMaster reliable?

Yes, these cargo vans are mechanically simple, which means there are fewer things that can go wrong, and if something does happen, they are easy to work on. The frame of the van is also very sturdy, which will keep you safe in the event of an accident. ProMasters have an excellent reputation for lasting many years, holding their value well, and generally being workhorses.

Can you stand up in a RAM ProMaster?

How much is a new RAM ProMaster?

2020 ProMasters start at just over $30k. For the smallest option in the lineup (1500 low roof 118” wheel base), the starting price is $31,245. However, for the biggest and beefiest option, the 3500 high roof 159” wheel base extended body ProMaster, the price point starts at $41,295. Of course, you can add all kinds of features and upgrades which will increase the price.

What is the Least Expensive Camper Van? (8 Affordable Options)

How Much Does A Quigley 4×4 Conversion Cost?