So, is trail running harder than road running? The activities are so different it is difficult to compare the two. Road running provides a smoother and harder surface which correlates to faster times. Trail running tends to be much slower and more technical in nature. Deciding on difficulty between the two, it comes down to personal conditioning in one or the other.

With that in mind, there are some characteristics we can compare between trail running and road running to determine if one is actually harder than the other…

Road running is the common starting point for most runners. Not only is it convenient, but it’s the most common type of running people participate and compete in. The roads were my first introduction to running, too, heading out my front door and completing a few-mile loop every other day to prepare for my first season of high school cross country.

While roads are often even surfaces, they are constructed from either asphalt or concrete, which make for hard, high-impact surfaces. Roads also tend to be slanted on their outer widths, primarily to help with the drainage of water. This can prove troublesome for runners relying on one side of the road, as it will cause one leg to be falling further than the other, making for uneven strides.

Comparatively, trails are natural, softer surfaces. The soil, mud and grass construction of trails make for lesser-impact surfaces, meaning less stress will be exerted on muscles and joints (which has a correlation with lower injury rates).

While trails provide a softer surface for runners, they also provide more obstacles to consider. Trails are often littered with rocks, roots, felled branches, leaves and more. These obstacles mean runners will need to slow down and focus on the trails ahead, keeping their vision attentive to watch out for anything that might cause them to fall.

However, these obstacles can provide an interesting change of scenery, giving them a variation they might be looking for. This latter point was the most intriguing part for me when first trail running, as I felt far more mentally comfortable out running in the deep woods.

On the other hand, roads will have very few obstacles to consider. One of the worst, though, are vehicles—something you will not have to consider while out on the trails. While you might not have to keep an eye out for terrain obstacles, you’ll have to be watchful of oncoming drivers, making sure they are focusing on the road and not distracted by a passenger or their phone.

While the obstacles provided by trail runs might sound worrisome, they are also beneficial, as the heightened awareness will make runners stronger. By focusing and reacting to trail obstacles, your body’s reflexes will become heightened, and the muscle groups of your lower body will be trained more than they would on a flat, hard surface.

Trail running will often require runners to have a strong core and well-built legs. While road runners will spend their runs perfecting the almost cyclical mechanisms of their stride and gait, trails will require runners to be jumping from leg to leg and varying stride rates dependent upon elevation and surface complexity.

Trail runners will thus need lower body muscle groups that have a faster reaction time and increased stability. Cross-training can be quite beneficial for trail runners to strengthen these groups.

While road runners might want to stick to their terrain, they can benefit from the occasional trail run, as it will help them activate and condition muscle groups they might not be used to training.

Patience will be your best friend when making the switch from roads to trails. Treating the trails—which are often hilly, uneven, and littered with rocks and roots—like roads will make for a difficult experience to start. But with some trail running tips you can acclimate to the terrain in no time.

Slow Down and Shorten Your Stride

When first embarking on the trails, you’ll want to want to aim for efficiency. By shortening your stride and slowing down, you’ll have more control over your body. This will allow you to more effectively focus on your gait, especially while running downhills, and using your body’s momentum to your own benefit. 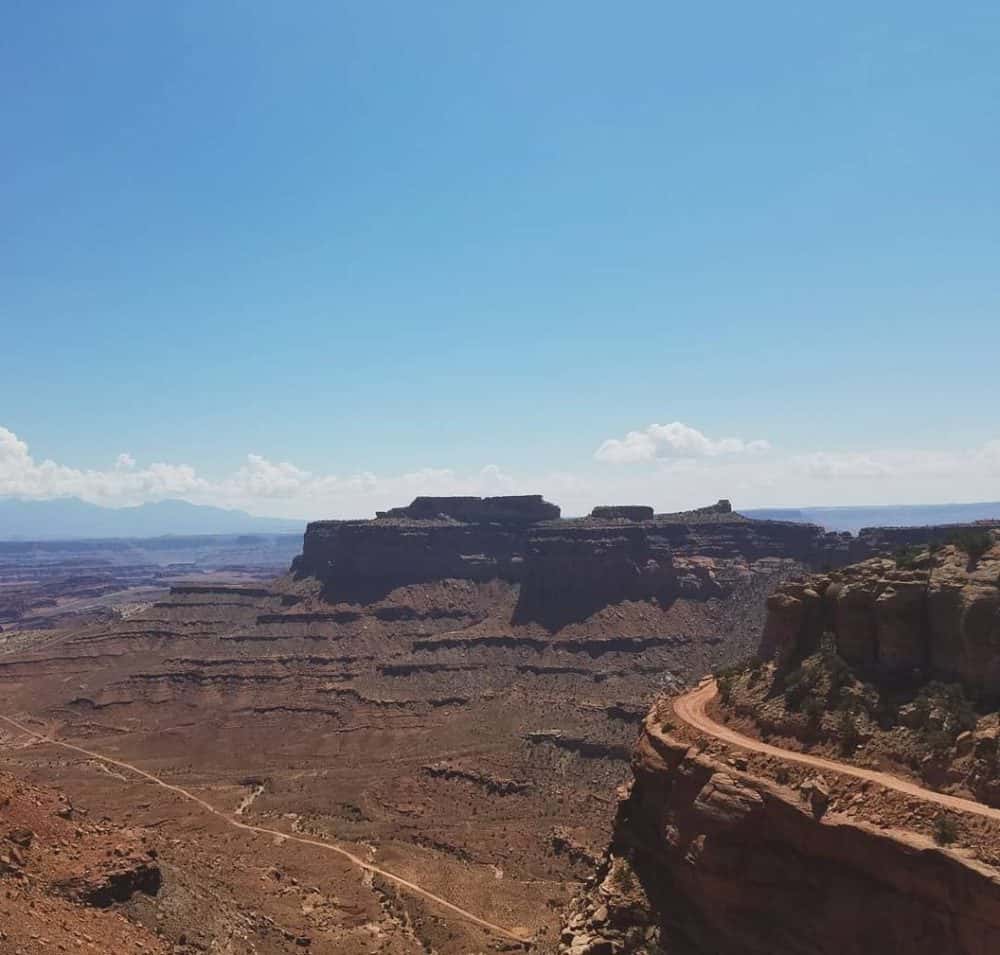 In addition, slowing down will help you better focus on the trail to come. There are a lot of distractions and potential hazards on trails, from terrain to wildlife. While it’s easy to zone out while running on the roads, it’s not a possibility while trail running, so you’ll want to stay mentally alert of your surroundings.

The last thing you want to do is twist your ankle or trip and tumble when running through the woods, so it’s best to be aware of your surroundings.

Whether running  on flat, downhill, or uphill trails, it is important to consistently lift your feet. This isn’t just important for keeping your stride consistent; it’s crucial for avoiding injury.

Road running makes you accustomed to running on flat surfaces, so the notion of needing to lift your feet might sound silly—sometimes you’ll see new-time runners almost dragging their feet while out on the roads. This isn’t an option on the trails, though. Uneven terrain, with all of its roots, branches, rocks and more, provide a lot of obstacles you have to keep an eye out for.

Thus, it’s in your best option to lift your feet when running, all while scanning the upcoming trail. And if you do happen to fall, don’t let it get you down. It happens to everyone, especially first-time trail runners.

During a past 50K trail race, I became especially fatigued during the last 10K. Without thinking, fatigue caused me to barely lift my feet when running downhill. Well, one of my feet got caught on a root and I went flying like Bobby Orr’s 1970 Stanley Cup-winning goal. After knocking the dirt off of my body, I got back up and continued running, making sure I properly lifted my for the rest of the race to avoid a similar trip and fall.

Whether you’re running on a local trail or up in the mountains, elevation can prove to be difficult. Because single-track trails do not have to be mindful of vehicles, they often feature much steeper, more complicated constructions, sometimes even requiring ambling over rocks and boulders. Furthermore, switchbacks—a trail that zig-zags as it gains elevation—can prove painful on your quadriceps, since you’ll be climbing for more distance than if you were just running right to the top of the mountain.

But one thing to remember is that you don’t always have to be running. Many professional trail runners state that one of the best strengths you’ll need to compete is to be a strong hiker. While it might seem more fortuitous to run a hill, you might be better off power hiking it! The benefit with power hiking is that it allows you to lower your heart rate and work different muscle groups while the muscles you use for running rest.

For downhills, some runners prefer using trekking poles when out on the trails, too. Trekking poles can help make maneuvering uneasy trails that much easier, increasing stabilization while decreasing load bearing. 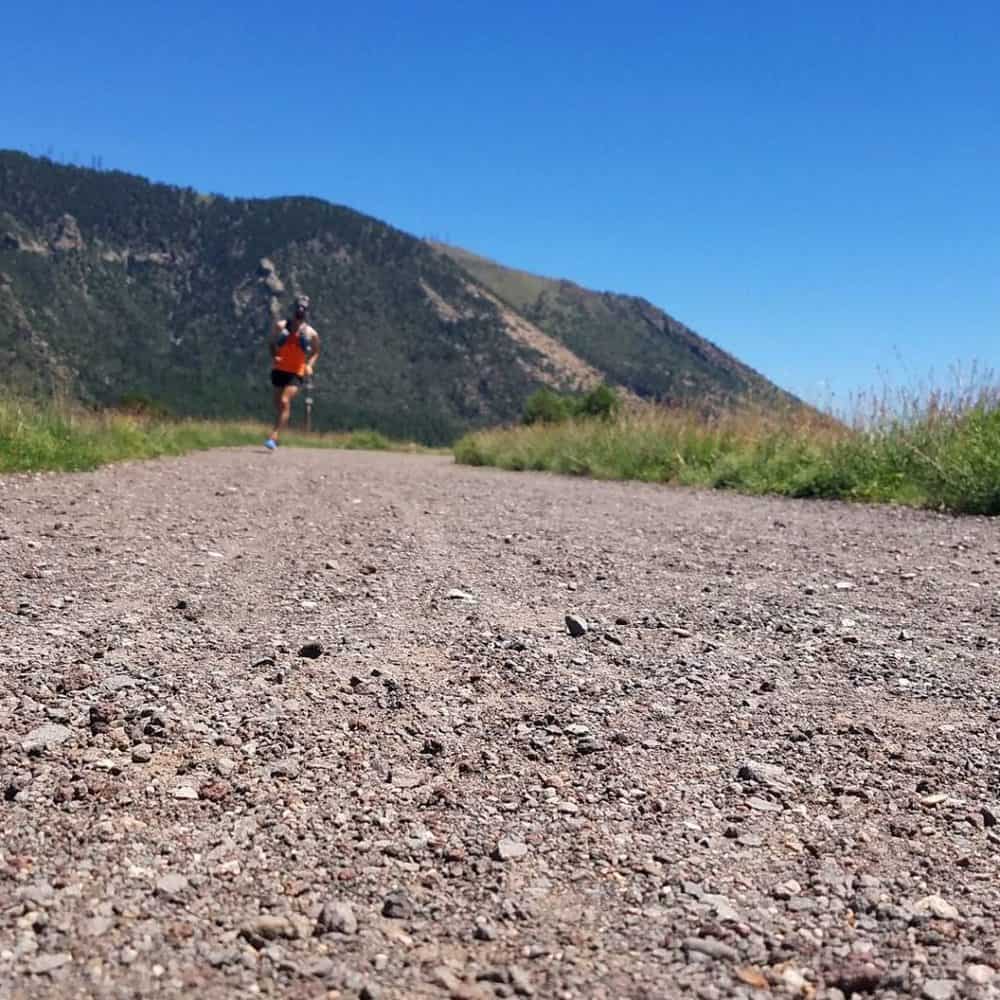 Trail running shoes are designed to handle whatever trails you plan to take on. These shoes are designed to provide runners with increased durability, stability, and traction. Whether you’re taking on a hard trail, soft trail, or varied trail, the type of shoe you’ll require will have different features. Most shoes tend to feature the following:

Like road running shoes, no one trail running shoe is built the same. For this reason, it is important that you often try out various brands to find which you’re most comfortable in, from the Saucony Peregrine to the Salomon Speedcross, the Brooks Cascadia to the Hoka Speedgoat.  I’ve personally tried trail shoes from most every brand, including: New Balance, Saucony, Salomon, Newton, The North Face and more. Certain shoes have stayed in my rotation for quite some time, but every so often I like trying out different brands to see how they feel underfoot on the trail.

Trail running might feel harder when first transitioning from road running, but runners should expect to become acclimated in due time. With softer surfaces, natural surroundings, and varied running routes, converting to trail running can be beneficial for the right type of runner. And even if you’re a die-hard road runner, the occasional trail run will be valuable for overall strength and conditioning.