Many options available for recreational have their benefits, but if you do not know what they are and what their names mean you could end up without them on your RV when you purchase it.

Because of that, you should know some things about RVs, such as what enclosed underbelly means.

The enclosed underbelly on a recreational vehicle, whether it is a motorhome or travel trailer, is an additional protective layer of material on the RV’s underside.

It provides many benefits, but the most important is the winterization of the RV.

Because this is not a standard feature of all RVs, depending on how and when you are planning to use your vehicle, this option might be very important for you. But, it offers other benefits too, so, let’s get into the details.

What does enclosed underbelly mean?

Just as the name suggests, it means that the underbelly of the RV is enclosed, in other words, protected by a layer of material.

This puts all of the wires, pipes, and hoses that might be attached to the underbelly in a protective enclosure. This protects them from road debris, but also from the elements and various pests.

On its own, it doesn’t mean that it is insulated as such, though the enclosing material does provide some insulation, in some cases it could be insufficient.

The enclosed underbelly is not a standard feature, most of the older RVs do not have it. So, if you are purchasing a new or used RV, you should think about whether you need it or not.

What is RV’s underbelly?

The underbelly of an RV is, in the simplest terms, the underside of your RV and a very similar thing to the undercarriage on other vehicles.

Just as the undercarriage has various components attached to it, such as the exhaust pipes, brake lines, and so on; the underbelly also has. Most commonly those are the various electrical harnesses, gas lines, water pipes, and so on.

Can RV’s underbelly be enclosed with aftermarket products?

In case you purchase an older RV or a rare new one that doesn’t have an enclosed underbelly, it is not the end of the world. It can be enclosed after the fact, and such a route offers some advantages.

There are many different materials and construction methods that offer you much greater customizability than most of the manufacturer’s solutions. 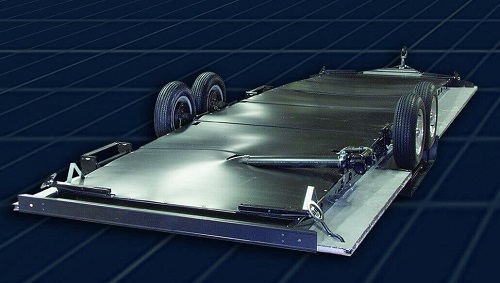 Generally, underbelly enclosures are made of a single piece of corrugated plastic material, such as Coroplast. In case there is some problem in the underbelly, or you want to make some upgrades, you need to cut it open.

Some aftermarket products come with this in mind, often made of several sections or with some form of access hatches.

Is the enclosed underbelly insulated and heated?

Very often the enclosed underbelly is neither insulated nor heated/climatized. But, on many newer RV trailers, you can find both of them or at least the insulation. Both heating and insulation have their benefits.

The most important one is the protection of water and LPG piping from the low temperatures in the winter. So, such “winterized” trailers you can use for traveling during cold months with no fear of damage or lack of function from both water and LPG devices.

Benefits of the enclosed underbelly

Having an enclosed underbelly on your RV provides several benefits:

Let’s discuss them in greater detail, and why they are actual benefits.

When it comes to heating, the first advantage is that an additional layer of material slows down the rate at which your RV’s interior is cooling when it is heated.

But, it also protects all of the pipes and hoses in the underbelly from being exposed to cold and heat. In case the underbelly is also insulated, the benefits are even greater.

Also, such insulation conserves the amount of propane you will be used for heating your RV during cold nights and days.

Not all roads are made equal, and many have various debris that gets picked by tires and flung at the underbelly. Enclosing material is usually very resistant to chipping and denting, so it protects it.

But also, it is a much cheaper material than various components of your RV that can be damaged by road debris.

So, even if it gets damaged, it is very easy and affordable to repair.

Various critters and pests like to find a protected place to borrow. But, they can cause a lot of damage to various components, very often by chewing on them.

Sometimes critters can even chew through the flooring material and expose the interior of the RV to elements. And often the floors are not weather-protected.

Enclosing material is always too tough for them to chew through, and thus very pest-proof.

Cold is not the only thing that can damage components in the underbelly. Water, especially salty, can cause corrosion of many metal parts that can be found here.

Then the heat radiated by concrete or asphalt in the summer, even strong gusts of wind can dislodge and damage components. But, not if the underbelly is enclosed.

Properly securing all of the components in the underbelly, especially wiring harnesses and hoses, requires both expertise and time.

Some RV manufacturers can’t be bothered to do so. Or even use materials that are subpar to others, and that can be easily damaged if exposed, due to relatively low quality.

Such manufacturers enclose the underbellies as a convenience, as it can be much cheaper for them.

Not all RVs are made equal and they can have a wide range of features beyond those that can be called creature comforts.

Your ownership experience can depend on your knowledge of such features. And you should care about things such as what enclosed underbelly means.

It is a type of the underside of the recreational vehicle, where it is enclosed by a layer of material that protects various components in it from cold, heat, and mechanical damage. And which can be additionally insulated, making your RV usable in the winter’s cold.

What is an Underbelly on an RV? (Motorhome FAQs)

How wide is the average RV?

What Is the Ideal RV Length?

What is the Maximum Height an RV Can Be?