The camping world is full of jargon that can be tough to decipher. Boondocking and dry camping are two such terms that are the source of much confusion for campers everywhere.

That raises the question:

What’s the difference between boondocking and dry camping?

Boondocking specifically refers to camping (primarily in an RV or van) outside of a developed campground. Conversely, dry camping involves camping anywhere where there are no water hookups, which can occur both within and outside of a designated campground.

Up next, we’ll discuss the nuances of these terms and take a look at some other jargon that all campers should have in their vocabulary.

Boondocking and dry camping both refer to spending the night outside without access to hookups like water and electricity. Both terms are primarily used among RV campers and vanlifers, but ‘dry camping’ is also used among backpackers and tent campers.

But while boondocking and dry camping are very similar, they are not the same thing. The main difference between these two activities has to do with where they take place.

Boondocking, on the other hand, specifically refers to camping in an RV or van without hookups outside of a designated area. So, while you can dry camp both in and outside of a campground, boondocking only happens in non-campground areas. 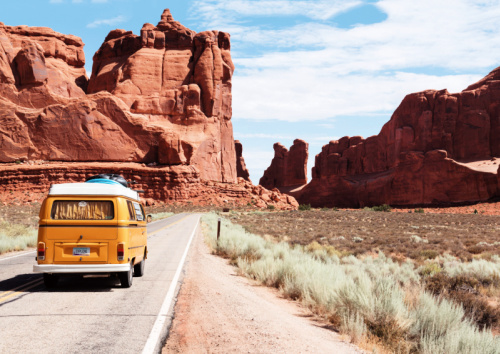 What is Considered Dry Camping?

Dry camping is an umbrella term that’s used to refer to any type of camping where water isn’t readily available. It can be used for both tent camping and RV/van camping, but it takes on slightly different meanings in each context.

For example, among tent campers, dry camping normally means spending the night away from a reliable water source. This could include at a designated campground that doesn’t have any water available or it could include at a backcountry campsite that’s 1 mi (1.6 km) away from the nearest stream or lake.

In other words, so long as wherever you’re tenting doesn’t have a reliable water source, it could be considered dry camping. When it comes to RV camping and vanlife, dry camping typically refers to spending the night in a place that doesn’t have water hookups.

If you dry camp outside of a campground (also known as boondocking), you will have to bring all of the water and supplies you need for the night. However, you could dry camp in an RV at a campground that has water available at a water filling station or in the bathrooms. The only requirement for it to be “dry camping” is that there is no water hookup available at your specific campsite.

Is Dry Camping the Same as Tent Camping?

Dry camping and tent camping aren’t technically the same thing, but it really depends on who you ask.

Tent camping, as the name suggests, is spending the night in a tent. This could include at a roadside campground (sometimes called car camping) or deep in the backcountry (typically referred to as backpacking).

Dry camping, on the other hand, is generally defined as spending the night without a reliable water source.

But the issue is that RV campers and tent campers tend to have different definitions of what “dry camping” is. To some RV campers, all tent camping is dry camping because tents can’t use water hookups at campsites anyway, even if there are hookups available.

But many tent campers would only consider themselves to be “dry camping” if they’re at a site where there’s no reliable water source. This includes in the backcountry when your campsite is a long way away from the nearest lake or stream. Or it could include some designated campgrounds that don’t have any water available (this is more common in dry places like Joshua Tree National Park).

So dry camping and tent camping can refer to similar activities, but they’re not interchangeable terms. 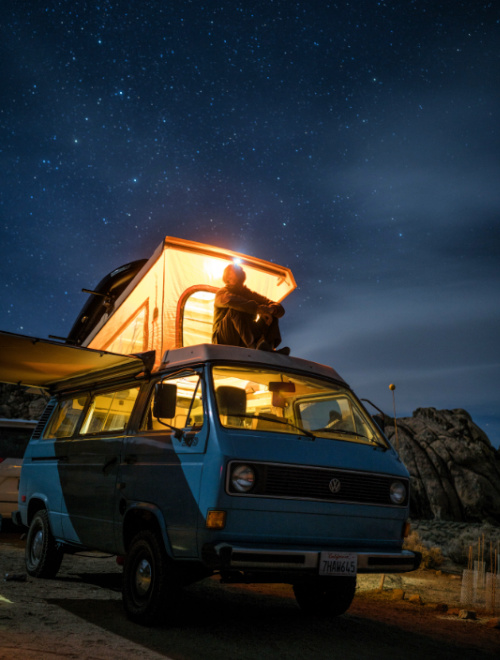 How Do You Camp in an RV Without Hookups?

Camping in an RV without hookups is all about pre-planning to ensure that you have enough resources on hand to be entirely self-sufficient during your trip.

This includes making sure that you have enough water, fuel, and food to last your entire outing. It also involves having a plan for how you’re going to manage any trash and waste that you produce until you can get to a dump station.

Camping in an RV without hookups also involves being more aware of how many resources you’re using at any one time.

For example, if you’re at a campground with electric hookups, you might not be too concerned about using too much electricity at any one time. But if you’re limited to what electricity you can create using a gas or solar generator because you’re boondocking, you need to be ready to limit your fuel consumption so that you don’t run out of power when you need it most.

The reality is that there’s no one “best way” to camp in an RV without hookups. It’s up to each camper to find systems that work well for them and that they can stick to in order to ensure that their trips go off without a hitch.

If you’re new to boondocking, it’s normally best to start with shorter trips before moving on to longer outings. That way, you can feel more comfortable with your ability to camp without hookups for extended periods of time.

Boondocking and dry camping are both popular among outdoor enthusiasts, but they’re not interchangeable terms. Most people use boondocking to refer to RV or van camping outside of a designated camping area while dry camping is specifically used for camping without reliable access to water.

Regardless of which camping style you opt for, we hope this article helped you learn more about both dry camping and boondocking so you can make the most of your upcoming adventures.

How Do You Poop While Camping? (The Complete Guide)

What is Meant by Dispersed Camping?

What Does Pull-Through Mean in Camping? (RV FAQs)