Ice climbing is only as hard as you think it is. I learned that the hard way when I found myself climbing my first ice covered mountain and even a gorgeous (albeit treacherous) frozen waterfall! The terrain is ever-changing, which is what makes ice climbing such a challenging activity.

Ice climbing is an inherently difficult sport. Typically taken on by only the most experienced mountaineers. Because of the dynamic situations you will be facing and the high level of risk, ice climbing is also considered one of the most dangerous sports in the world. You will require a high level of fitness to complete a moderate to long ice climbing session.

That is also what makes ice climbing so thrilling. The anxiety you experience when climbing an ice-covered mountain can be exhausting, but it’s all worth it when you get to the top. If you are a beginner, you should start slow and build up stamina with time.

Underestimating the dangers that are inherent in this activity can mean the difference between life and death. Just because it gives you an adrenaline rush doesn’t mean you should grab that ice axe and head to the nearest ice covered cliff. Here are just a few issues that you need to consider before taking up that ice axe:

How Dangerous Is Ice Climbing?

Ice climbing is inherently dangerous in more ways than one, and it does not always have to do with the slippery surface you are climbing. However, with the right training, team, gear, and precautions, you can keep injuries at bay and make this activity more enjoyable and less anxiety inducing.

Falls are not uncommon – Like rock climbing, falling is an imminent risk in ice climbing as well. The only difference is that you have more chances of falling off in the latter than in the former. The irony is that it is the only climbing style where falling is NOT an option. That’s because if you fall, crampons can catch on your legs which can lead to serious and debilitating injuries.

The good news is that you can avoid falling if you employ belays as a fixed safety measure. If you use fixed belaying, you need to have a harness complete with a rope attached which will prevent you from falling too far in case you slip off. Most climbers do with a partner who
remains on the ground and keeps the rope steady.

If you are climbing with more than one person, you should use running belays. As the climber in the lead goes up the slope, he or she will put in screws and then climb up using them as a safety check from falling. The one who follows will remove them as they progress and so on. In other words, all of you will be moving together up the slope while looking out for each other. 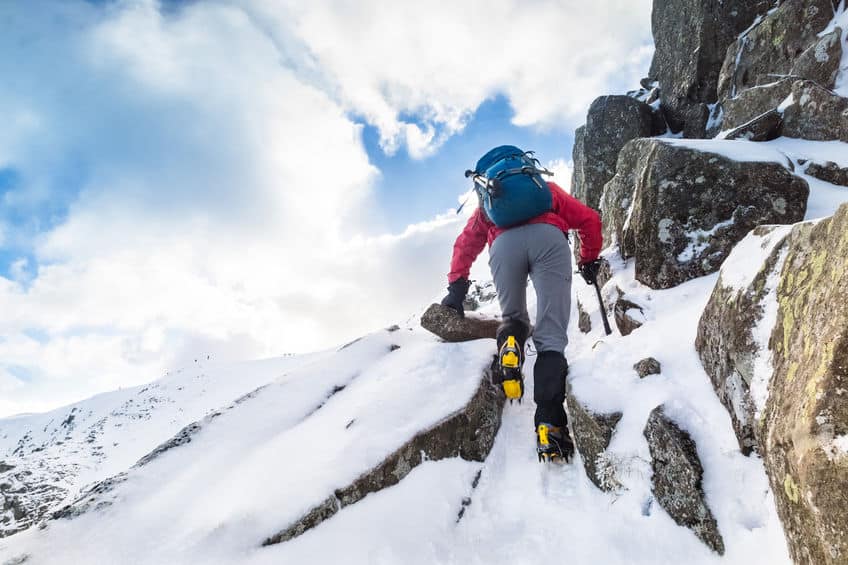 Just because you are a great rock climber doesn’t mean that you can take on an icy rock face. Here are some ways both differ:

Ice climbing can be an extremely rewarding experience but it can also prove deadly if you do not have the proper training. Even if you are proud of your rock climbing skills, that does not mean you can take on a frozen cliff side or waterfall the same way and live to tell the tale. Make sure that you take a seasoned veteran with you during your training and a partner each time.