After completing my first couple 100-mile races last year, I started wondering, “What is next?” Some people focus on qualifying races that will get them into notorious races like Western States or Hardrock 100. My mind took a different route, and I ultimately signed up for the 2020 Bigfoot 200-mile race.

So, how long does it take to run 200 miles? 200-mile races are still pretty new to the ultrarunning world. The fastest winning times are usually about two and a half times longer than a winning finish time in a 100-miler. While a podium finish usually results in a time around 50-60 hours, most average runners require 90-100 hours on their feet to get to the finish line.

Like most trail races, finishing times depend on the various factors. The main factors to consider is the actual distance, weather, and terrain of the course. One important factor that comes into play in a 200-miler is sleep.

While podium finishers barely shut their eyes, most other runners take advantage of sleep stations provided along the course. With all these parts combined, most finishes tend to average around 90 to 100 hours.

In official 200-mile trail races, Kyle Curtin has the fastest time of 49:27:22 from his 2018 Tahoe 200 finish (Courtney Dauwalter finished not too far behind). Since the distance is highly new that does not mean someone has or has not run the distance faster.

At the 2019 IAU 24 Hour World Championship, Camille Herron just beat the women’s world record by completing 168 miles in 24hrs. On the men’s side, the record is set by Aleksandr Sorokin with 173 miles in a 24-hour period. Both records are not too far off from the 200-mile distance. They were able to do this in a 24-hour time span.

As the distance grows in popularity, I believe that a more official world record for the 200-miler will finally come around. Finishing times continually get faster in trail races as time goes by and as the distance gains popularity.

Here’s a video highlight reel from the 2018 Tahoe 200 where Kyle Curtin set his record time:

In the 200-mile distance, winning finish times usually are around 50-60 hours. This is pretty standard for most 200-mile races no matter what the terrain is. The two fastest times for a 200-mile trail race were both made during the 2018 Tahoe 200 by Kyle Curtin and Courtney Dauwalter. Curtin finished with his time of 49:27:22, and Dauwalter finished second in 49:54:36.

While Kyle Curtin holds the fastest time, Courtney Dauwalter also has some other records in this beastly distance of 200 miles. She finished the 2017 Moab 240 as the outright winner and record holder with the time of 57:55:13.

The triple crown takes place in a 3-month time span. The first race is Bigfoot 200 in August. The course is a point to point race in Washington State with 42,506 feet of ascent and 43,906 feet in descent. Following in September is the most well-known of all three, Tahoe 200. This race has 40,200 ft in ascent and descent. Then finally the last of the triple crown is the Moab 240 in October. The race is in Utah with only 29,467ft in ascent.

The winner of the triple crown is the one with the fastest cumulative time. Michael McKnight holds the fastest record with a total time of 161:20:10 accomplished in 2019. He was able to cut off 43 hours from his first attempt in 2017. What is amazing about the whole performance is that he only slept about 30 minutes throughout all 650 miles.

Here’s a video about the triple crown and more about Michael:

200-mile races require a lot of time on the feet. The best way to run a 200-mile race is start out slow. When McKnight started his 2019 Bigfoot race, he started out much slower than the original leaders. He did not pass them until 150 miles into the race. He not only won but ran it in record time. The most important thing to take away from this is take your time.

Besides the running, there are major logistics to consider in a 200-mile race that one would not usually focus on in even a 100-mile race. A 200-mile race has aspects of safety, fuel, hydration, and sleep that is vastly different from any other distance.

Eating real foods is important in a 200-mile race, since most people spend around 90-100 hours out on the course. Consuming gels and gus throughout the whole race will most likely result in bonking and possibly a DNF. Most race directors have a variety of food available at each aid station.

Runners are also required to carry some sort of GPS like the Gaia App as getting lost is more likely out on a longer course. Aid stations are farther apart. Due to longer distances between aid stations, runners are also sometimes forced to find and filter their own water.

Then there is the sleeping aspect. Most 200-mile races have cutoffs around four or five days. Sleeping is important if a runner is going to be out on the trail for 90-100 hours. Sleep stations are available for runners. While getting sleep is important, actually doing it can be hard and painful since the body is going through so much. Coming up with a game plan and ways to get some shut eye is vital in a 200-mile race.

200-mile races are still fairly new to the ultrarunning world. There is still a lack of knowledge on how to properly train for one of these races. For most people training requires long, slow miles. That does not necessarily mean that a lot more miles are required. Training smart is the most important piece.

Having time on your feet and some high mileage days, should be a part of the training plan. The number of weekly miles varies from person to person. Some people run 40-60 miles a week while others will hit 90+ miles. Mileage really depends on the person and what their body can handle.

Complete Back to Back Long Runs During Training

There are other variations like this. For example some people even do 15 miles for three days in a row. No matter how they are done, they are important. Getting use to running on tired legs is key since your legs will probably be tired (maybe even in pain) at some point in a 200-mile race.

Do Long Races and Fastpacking Leading Up to the Race

Before any big race like a 100 or 200-miler, I like to pick out two or three races before the actual race. These are tune up races, that allow me to practice my nutrition and keep my training accountable. Usually for a 100 miler, I try not to go over a 50k because anything longer requires more recovery.

For a 200 miler, I suggest doing long runs and races. Doing a 100 miler a month before the race is not smart, but doing one at some point in the season can be beneficial. 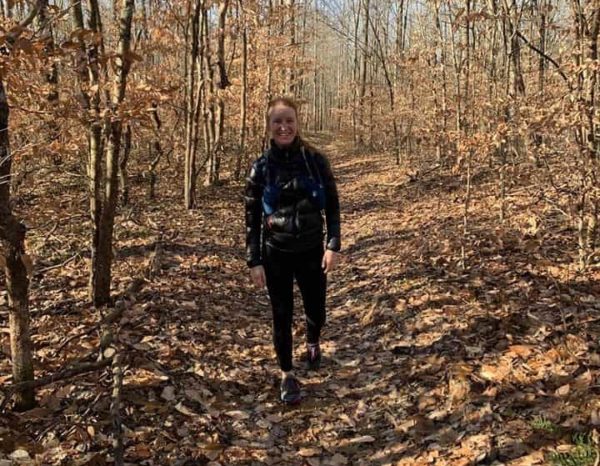 A great recommendation I have also gotten is to go fastpacking. Fastpacking is a mix of running and hiking. You cover a long distance and carry all your gear and supplies. That means heavier packs and usually involves navigating with a GPS. 200-milers usually make it mandatory to carry some sort of GPS device.

Fastpacking allows you to practice orienteering skills while also wearing a heavier pack. By practicing these skills, you will be more prepared for the race and it is fun to do with friends!

Once I begin the training process for a big race, I go through the race profile. I look at all the major climbs and what the elevation profile is. That way when I start training, I can somewhat replicate the course in my training. You want to train as closely to the race as possible to be properly prepared.

What I like most about running in general is you get what you put in. 200-milers require smarter training, which is more than just getting your weekly mileage in. By incorporating strength, speed, and hill workouts this should allow for the proper preparation of this long distance race.

As years go by, we as an ultramarathon community will gain more knowledge about the 200-mile distance and the training methods that come along with it. As our knowledge and methods on training improves, we will definitely see faster times in this distance.

Through research and asking people in the trail running community, most people with experience in a 200-mile ultramarathons say it is one of their favorite distances. There is a different level of camaraderie between competitors. Ultimately, you are truly pushing yourself to a whole new level of what your body is capable of doing.

How Many Lumens do I Need for Trail Running?