National parks range from thousands to millions of acres in size. Given this size, it’s easy to understand why some people are concerned about visiting – after all, there is an enormous amount of space in which you can get lost. Considering this, you may be wondering – which national park has the most disappearances?

However, before these numbers scare you away from visiting the Grand Canyon or Yosemite, read on. This article will explore the issue of missing people in U.S. national parks in more depth and explain why the data may be incomplete.

It’s essential to look at the numbers in context before you decide that the Grand Canyon and Yosemite are too dangerous to visit.

According to data from a Freedom of Information report, Grand Canyon National Park reported 785 search and rescue (SAR) incidents in the period between 2018 and 2020, while Yellowstone reported 732 such incidents. While this may seem like a significant number, it’s actually minuscule in context.

In terms of actual numbers, Grand Canyon saw 4.5 million visitors in 2021, while Yosemite saw 3.3 million – and this was over the span of a single year.

The SAR numbers mentioned above covered a span of two to three years. Thus, we’re talking about approximately 700 SAR incidents for about 15 million (Grand Canyon) and 10 million (Yosemite) visitors a year.

Additionally, keep in mind that these are large parks. The Grand Canyon covers over a million miles (over 1.6 million kilometers) of space, while Yosemite is just over 750,000 acres 303,514 hectares) in size. Given the size of these parks, it’s essential to remember that not all SAR incidents are due to actual missing persons – they may simply be a result of people who were accidentally separated from their group.

Search and Rescue Numbers Hide More Than They Tell 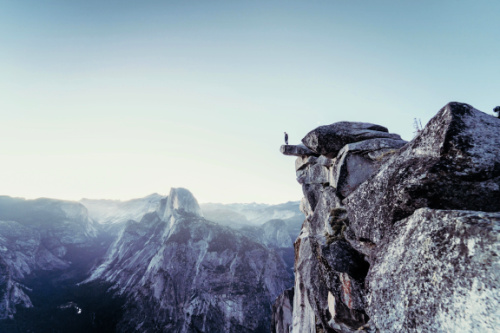 It’s essential to understand that search and rescue incidents are not necessarily a result of people who have actively gone missing. They may be called for people who get separated from their group or for individuals who have been injured and cannot make it back to a first aid area for help.

They may also be called on people who are in some form of peril, such as being stuck when rock climbing, drowning, or in a confrontation with local wildlife. When considering SAR numbers, you should keep in mind that these don’t just cover searches, they also cover rescues.

Furthermore, SAR incidents for missing people do not mean that someone has actually disappeared. Many of these incidents are resolved happily, and everyone involved returns home none the worse for wear.

From 1958 to September 2021, there were only 29 open cold cases for individuals who went missing at a national park. Of these, Grand Canyon and Yosemite make up over half – 11 from Yosemite and 5 from Grand Canyon. This works out to less than 1 person every 5 years.

While the number of SAR incidents may seem concerning, they’re not as alarming as they may initially seem. All things considered, national parks are relatively safe places to visit.

However, we do need to look into the number of reports when talking about missing people and national parks.

Is it Dangerous to Hike at Night? (13 Safety Tips)

Not All Missing People Are Reported

Park services and law enforcement agencies can only search for a person if they know someone is missing – and not all people who disappear are reported missing.

For one, reporting a missing person is often not a legal requirement. In 40 of 50 states, it’s a voluntary decision.

Of all incidents that are reported, not all are investigated – in some cases, the agencies involved decide that the person disappeared of their own free will. If a legal adult chooses to vanish, there is little the law can do to force them to return to their old life.

Additionally, not everyone has someone who will report them missing or know where they went missing from. Some may have traveled a long way, making it difficult to identify where exactly they disappeared. Other people may not have friends or family to report them missing.

Still more people may plan their disappearances, letting loved ones know they will be vanishing in advance. Their reasons for doing so can be many and varied – they may be running from something, want a fresh start in life, or simply decide they prefer living in the wilderness.

Other Challenges Regarding Disappearances in National Parks

The FBI doesn’t get involved in a missing persons case unless there is proof of foul play. Even in cases with foul play, if the culprit crosses state lines, things can get complicated, and figuring out who is in charge of the investigation can be difficult.

In cases where the investigating agency is clearly apparent, there’s also a consideration of equipment needed. Due to the size of some national parks, mounting a proper investigation will require a significant number of people and expensive equipment like helicopters to carry out a search.

Most people disappear in National Parks as it gets dark, or as the weather changes, which complicates search and rescue operations.

Additionally, there is no central list of people who have gone missing in national parks. There was an attempt to create an Incident Management Analysis and Reporting System (IMARS) in the early 2000s.

The system covers incidents on land run and operated by the National Park Services, Bureau of Indian Affairs, Bureau of Land Management, and U.S. Fish and Wildlife Services.

However, only about 14% of all reportable incidents are entered into the system, and most agencies report a number of flaws with the system itself. This limited usage affects statistics.

As mentioned above, current statistics hold that there are only 29 open cold cases relating to missing people in state parks. Independent researchers estimate this number is about 1100-1600. Given that over 600,000 people go missing each year in the United States, this is still a relatively low number – but significantly higher than the official statistics show.

Figuring out the actual number of people who have disappeared from national parks is a challenging task. While Grand Canyon and Yosemite lead the pack based on current statistics, these statistics are also incomplete and flawed.

While disappearances are likely more than we are aware of, it’s also undeniable that they represent a small fraction of all missing persons cases in the United States. So, while national parks are not devoid of risk, they’re not inherently riskier than most other places.

Can You Swim At Yosemite?

Is Hiking Half Dome Dangerous?

What Shoes Should I Wear For Canyoneering?