If you have found your way to this list, then congratulations – you must be crazy. We have examined hundreds of treks from around the globe, and then isolated the hardest in terms of terrain, altitude and weather.

So, without wasting any time, here they are – the 10 hardest treks in the world:

This epic trek in the Himalayas take in – as the name suggests – three high passes all exceeding 17,000 feet. It takes you away from the high-traffic route of the Everest Base Camp trek, often referred to as the “Khumbu Highway”.

Take in the Renjo La (17,536 ft), Cho La (17,782 ft) and the daunting Kongma La (18,192 ft) in an epic circuit beginning in Namche Bazaar that will see you view Everest and many other Himalayan giants from more vantage points than the other treks in the region.

The altitude and tough, rocky ascents make this trek exceedingly difficult, while deep snow and bad weather can make the passes impassable at certain times of the year.

You will, however, find accommodation every night of the trek in one of Nepal’s fantastic tea houses, but make sure you are fit before even attempting it. You still get to visit Everest Base Camp, and if you fall into the super-fit category, you can make the trek even harder by climbing Kallar Pathar for a close-up view of the highest mountain on the planet. 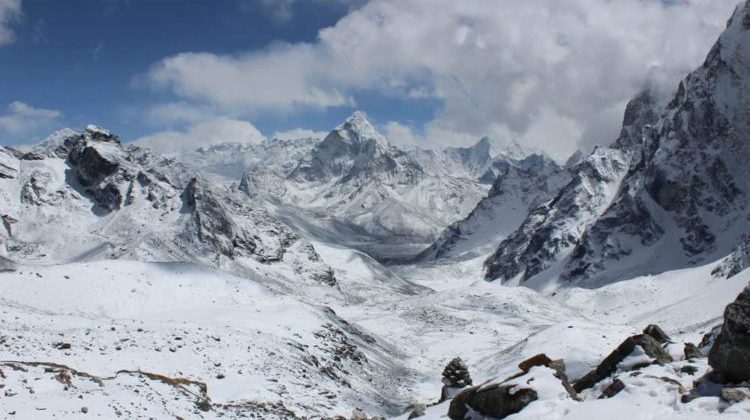 This renowned (for its difficulty) 60-mile trek through the jungles and mud of deep South Asia is not for the faint of heart. Follow the original track used by Australian forces in the Second World War en route to halting the Japanese and their highly-successful island-hopping campaign.

The highest point of the trek is Mount Bellamy (7,190 ft), so although altitude is not a factor, the steepness of the trail will keep you huffing and puffing all day long. Throw in a host of slippery ups and downs in hot, humid weather; with often unpredictable tropical rain forest weather patterns, and it is easy to see why this is such a difficult undertaking.

The trek is pretty special in that it takes in a number of small indigenous communities that have remained virtually unchanged for centuries.

Situated on the stunning mountainous Mediterranean island of Corsica, just to the south of mainland Italy, this 112-mile track runs the length of the French-administered island from north to south. It can take trekkers a good 15 days to complete the hike, although I have seen dropout rates quoted as high as 70%, so do not think that completing the trek is a done deal.

But why is it so hard? The trail traverses several mountains and involves scrambling over steep and rocky terrain. You will be forced to use the chains provided on the tricky fourth stage to haul yourself upwards, and the trek involves a combined total of over 35,000 feet of ascents and descents.

This means you will be going up and down all day long. The trail climbs over some seriously exposed sections. Combine that with the unpredictable storms that often hit the region, and you will be thankful to have a refugio to sleep in every night.

There are a number of ways to trek to the summit of Africa’s highest peak, so naturally we have chosen the hardest of the lot. Enter the Umbwe Route. Although not a technical climb, it is very direct, which means that you ascend to the summit at 19,341 feet all too quickly, so acute mountain sickness becomes a real concern. Get up and get down as quickly as possible to avoid any serious health concerns.

This does not allow anywhere near enough time to acclimatize to the altitude, so it is recommended that only experienced and fast-moving high-altitude trekkers or mountaineers attempt this climb. It is steep, rough and in parts very exposed.

Less than one percent of the summiteers of Kilimanjaro choose to climb this 30-mile route, although the views and bragging rights it offers are simply unparalleled. 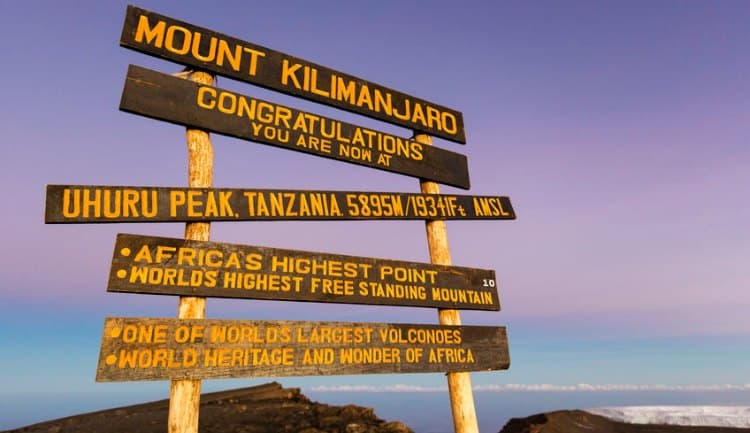 If you are lucky enough to strike this trek during perfect weather then you may wonder what all the fuss is about. Hit an all-too-common, frighteningly-cold, hurricane-inspired 100-mph head wind, and you will understand quickly enough. The winds in this region are crazy, and I witnessed this first hand when climbing one of the passes away from Glacier Grey.

The weather was warm; probably in the 80s. Within 10 minutes a blizzard from the end of the earth was coming in horizontal. I was shivering and dangerously cold, while trekkers everywhere were scrambling for what little cover was available. Within another 30 minutes the temperature was back in the 80s. It was surreal and energy-sapping and magnificent and thoroughly deserves its place in this list.

You can complete the 68-mile loop in 6-10 days, taking in the world-famous ‘W’ Trek at the same time. You will need to book this popular hike well in advance, but the ‘O’ Circuit gives you a chance to escape from the crowds around the back side of the Cordillera del Paine. 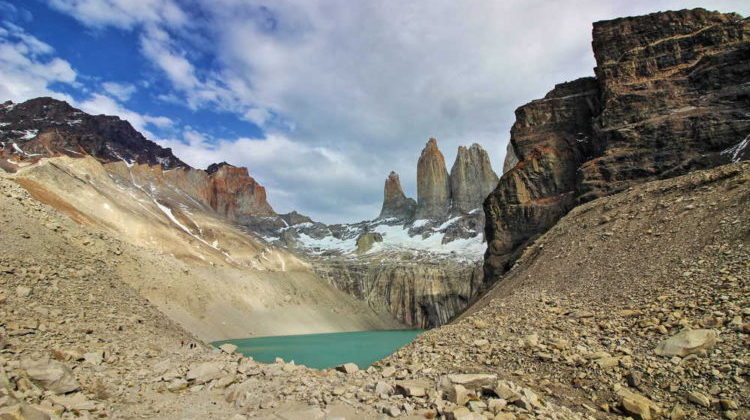 If you want to avoid the crowds that go hand-in-hand with the Everest and Annapurna treks, but still want the awe-inspiring views, then enter the Manaslu Circuit. Being quite close to Kathmandu, it is relatively easy to get to the trail head (and therefore you don’t need to fly on any dodgy aircraft), but do not underestimate this trek around the world’s 8th highest peak (26,781 feet).

You will climb for days – not just hours – to reach a maximum elevation of about 16,750 feet at the Larkya La Pass. There are some steep ascents to negotiate, and they cruelly get steeper the higher you climb. And then due to the topographical layout, your knees will suffer as you are forced into long descents; sometimes all day long.

But it is well worth it for the views, and despite being wondrously remote, there are tea houses to stay in every night of the adventure.

Also read: Can You Trek in Nepal Without a Guide?

7. The Haute Route – France to Switzerland

If trekking from Mont Blanc to the Matterhorn – two of Europe’s most iconic mountains – from France to Switzerland sounds like your idea of a good time, then I have the trail for you. The Haute Route takes trekkers on the supreme alpine adventure, up through glaciated valleys and over 112 miles of breathtaking beauty.

The trail is commonly cross-country-skied in winter, but in the summer months it is a superb trek, taking in 10 of the 12-highest peaks in the Alps. Thunderstorms are prevalent in these months, and trekkers will find the staggering 50,000-foot elevation gain a real heart-pumping challenge.

The route will take between 8-12 days, depending on your fitness and pack weights, and accommodation can be found in mountain huts. 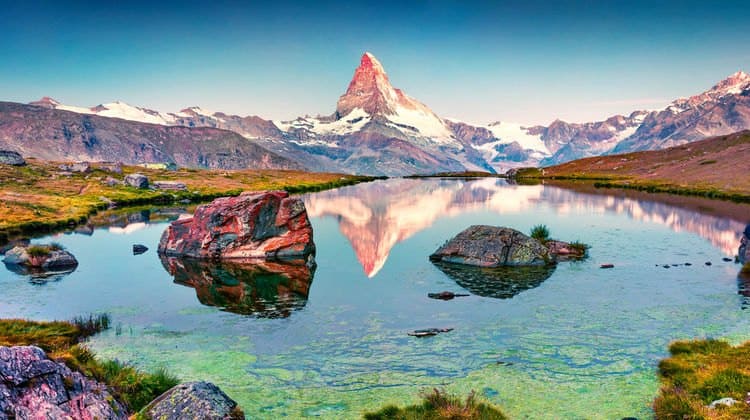 Located in Fiordland National Park on the rugged south-west corner of New Zealand, this infamous trek is notoriously difficult. This 52-mile trek is ridiculously remote, and depending on the time of year you are unlikely to see another soul. The ability to use a map and compass is a must as the track often disappears for long stretches.

Throw in 21 different three-wire bridges to cross, fallen trees to climb over, waist-deep mud and numerous river crossings – some of which become impassable after heavy rain – and you start to realize just how difficult an undertaking this can be. It crosses two different mountain ranges and three major valleys, and experiences snow, ice and avalanches in winter.

If you are looking for an epic challenge in the US, then head to Colorado’s back country to explore the area where American soldiers trained for mountain combat in the Second World War. Colorado is home to one of the best hut-to-hut systems anywhere.

There are about 350 miles of trail to tread of varying difficulty, however some go as high as 11,700 feet, so altitude becomes a key player. Perfect for those looking for a rustic and high altitude experience. 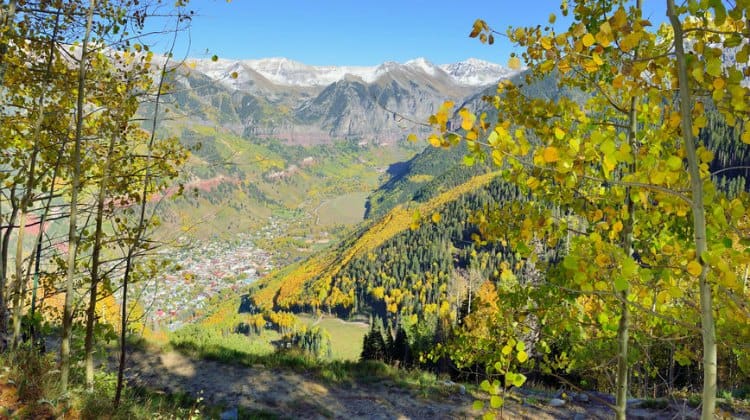 Although not what you would consider a normal trek due to its remote location and the need to camp out on many of the nights, this is just something that had to make this list. And, if you enlist the help of a local company, they have small accommodations set up night-to-night that resemble small camping towns, so you do not need to carry your own food or camping gear.

The trek itself is considered the most epic and difficult in the known world, and in fact more people climb Everest every year than complete the Snowman in its entirety. And here is why, with some cold, hard facts: The 218-mile route goes up and down for 25 exhausting days and takes in a remarkable 11 passes in excess of 14,750 feet, five of which go higher than 16,400 feet.

Up Next In Trekking: