The Toyota Tacoma has been produced since 1995, with the first generation (1995-2004) classified as a compact pickup and the second (2005-2015) and third generation (2016-present) classified as a mid sized pickup. The Tacoma has long been a favorite for offroading and overlanding due to its small size, capability, and reliability.

In this article, we’ll review the features of the latest Tacoma as well as hear some pros, cons, and overall feedback from three Tacoma owners.

The Toyota Tacoma’s Features and Specs are Ideal for Overlanding

Obviously, each of these trucks has available options which increase the price significantly, especially if you are gearing one up for offroading. For the sake of this article, we’ll take a look at the 2020 Toyota Tacoma TRD Pro to get an idea of all the available features for this vehicle. 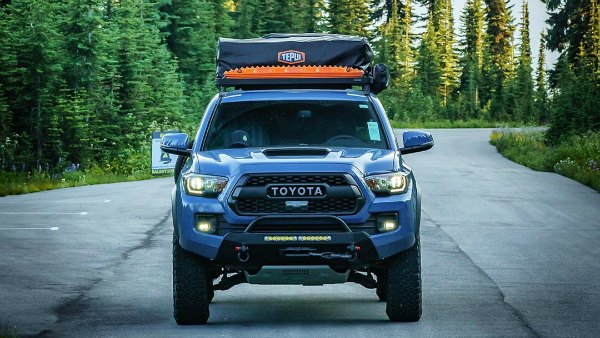 I spoke with three Tacoma owners about their personal pros and cons for the vehicle: Robert (@406_overland), Nick (@the_adventure_squad__), and Ryan (@the.shark.taco – featured image top of post). Here is what they shared:

Robert: “Small, light, incredibly capable stock from the factory, tons of aftermarket gear for anything you could imagine, Toyota reliability really is hard to beat. A great platform that you can build any way you like.”

Nick: “Some major pros are the size, the functionality of the vehicle, and the large range of aftermarket support.”

Ryan: “Customization is the name of the game. With the Tacoma being the most popular midsize truck on the market, it also means that there are a million companies that make different things to do to the truck’s performance and look.

So, the bottom line is that Tacomas are small which makes for easy driving and increased capability over larger trucks, and since they are so popular, the options for customizing these trucks are endless.

Robert: “MPGs aren’t any better than the Tundra, transition/gearing is just wrong and needs to be addressed; I will be regearing soon.  It’s pretty small for any more than two people for extended trips.”

Nick: “The biggest con for me would be that I don’t have power seats, first world problems but it would be nice to have.”

Ryan: “I have added a lot of accessories to my truck such as a lift, bigger tires, and extra weight, which means my gas mileage is pretty low. The Tacoma’s power is something that is lacking in my opinion. When loading up for camping trips, you realize that having a smaller truck means less room for gear and people.”

While these cons are largely personal preference, the consensus seems to be that due to the wide variety of customizable elements available for Tacomas, it’s easy to accessorize so much that the truck’s power and fuel efficiency is compromised. 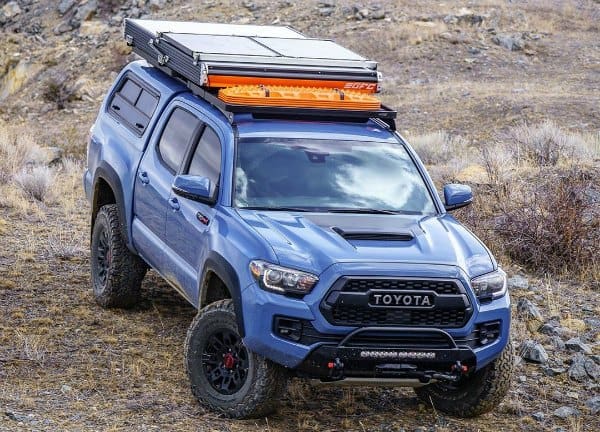 I asked Robert, Nick, and Ryan to share some more details about how they chose their Tacomas and how their vehicles stack up against other ones they’ve owned:

1. What year is your Tacoma?

2. How did you decide on a Tacoma over all other vehicles?

Nick: “I actually just like the way they looked and didn’t have a need for a full size truck. Originally I had no intentions of off-roading.”

Ryan: “Initially, the appearance of the Tacoma caught my attention and as I was researching I was more and more drawn to its capabilities. I previously owned a Chevy Colorado but wanted something better and more reliable. After realizing the Colorado wasn’t for me, that made the decision easy as to what I wanted next.” 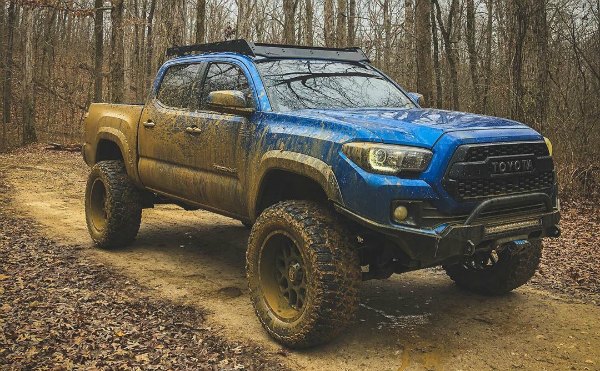 3. Have you had any other offroad/overland vehicles and if so, how did they compare?

Nick: “I had a 2013 Tacoma before this, I like this newer version more though because of the interior.”

Ryan: “I have owned a Ford F-150 and a Chevy Colorado. The F-150 was a great truck but due to me being at college, I didn’t need the extra size and space that came with it.

The Colorado is known as the Tacoma’s biggest competitor as far as size and popularity goes, but since buying the Colorado new off the lot, I had mechanical issues. As time went on and continuing to find my truck getting serviced, I knew I wanted to make a change.”

4. Can you tell me about any mods and upgrades you’ve made to your Tacoma? 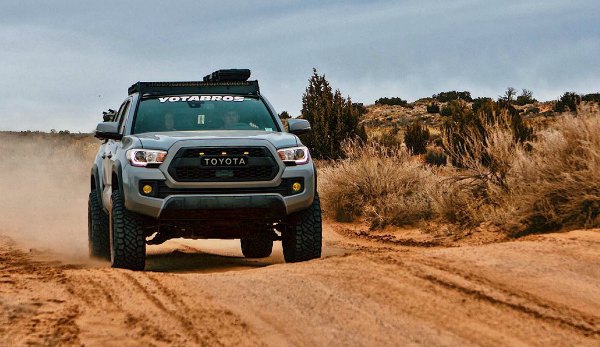 Robert: “Don’t go overboard and just start building your rig out. Take it out a few times. See what is working and what isn’t. Every single mod I’ve made was for a very specific reason. Keep as much stock as you can until it needs to be changed and it will help the vehicle perform at its best.”

Ryan: “When it comes to vehicles, and the Tacoma in this case, remember to make it your own. Don’t get caught up in everyone’s opinion or preference. I have built my truck based on my needs and interests. It probably isn’t a favorite for a lot of people but for me it works and most importantly, I like it.”

The bottom line is that Toyota Tacomas are excellent options for overlanding. While they come very well-equipped from the manufacturer, there are endless ways to customize, modify, and upgrade a Tacoma so that it works perfectly for you.

Up Next In Overlanding:

Where can I go Overlanding? 10 Epic North American Routes

What is the Best Vehicle for Overlanding?