If you’ve been day dreaming about tackling a long distance backpacking trip through the wilderness, then it’s time you learned more about thru-hiking. Read on as we look at some of the most famous thru-hiking trails in the US and the wider world, and clear up some common misconceptions about thru-hiking in general.

So, what is considered a thru-hike? A thru-hike is when you walk the entirety of an established long-distance hiking trail from one end to another. The hike is completed in one-way fashion without leaving the trail for an extended period of time. Recently, a number of trail management organizations have stated that in order for it to be considered a thru-hike, it must be completed within a 12-month period.

Popular thru-hikes in the U.S.

You have probably heard of the big three thru-hikes in the US; collectively known as the “Triple Crown”. They are the 2,653-mile Pacific Crest Trail (PCT), the 2,190-mile Appalachian Trail (AT) and the 3,100-mile Continental Divide Trail (CDT). Here is a couple of stats on each of them to show you what an arduous undertaking it is to complete just one of these giants:

Pacific Crest Trail: You will be looking to invest about 5 months of your life to walk the PCT from end-to-end, although elite athletes can finish this thru-hike in about 2 months.

This is a pretty special hike in that it encompasses the entire north-to-south length of the US, beginning at the Mexican border – just south of Campo, California – and stretching to the tip of Manning Park in British Columbia on the border with Canada.

Appalachian Trail: According to the official website, this is the longest hiking-only path on earth, and it takes an average of between 5-7 months for people to complete. It stretches all the way from Georgia to Maine, and can be completed in either direction. Hugging the eastern side of the country, the trail takes in 14 different states.

Continental Divide Trail: Another hike that goes from the Mexican border to the Canadian, except that it takes a path along the Rocky Mountains. It normally takes thru-hikers 4 to 5 months to complete as they wander across 5 different states, including Montana, Idaho, Wyoming, Colorado and New Mexico.

Longest continuous trail in the U.S.

The award goes to the American Discovery Trail, over 5,057 miles of multi-use-yet-non-motorized trail from coast-to-coast across the breadth of America. You may have read that this trail is in fact over 6,800 miles long, but it divides in the middle of the country, forming a northern and southern path, that re-joins once more.

The 6,800-mile count incorporates both the northern and southern routes, but as thru-hiking involves continuous footsteps, we only count the longer southern path.

It stretches from Port Reyes National Seashore in California – all the way through a combined 16 states and a whopping 14 national parks – to Cape Henlopen State Park in Delaware.

Longest hiking trail in the world

It used to be called the Trans Canada Trail, but was recently (and aptly) renamed The Great Trail, and yes, it is in Canada! The gargantuan trail stretches a whopping 14,996 miles. Now let’s stop to think about that for a minute. If you wandered that path, completing 15 miles per day, it would only take you 999 days to complete it; or 2 years and 9 months.

And knowing that Canada suffers from unspeakably cold winters, it is not possible to hike this trail all year round. In 2018 the first person to hike the trail in its entirety was confirmed. And it took him a decade to do it. It is a trail so long, that thru-hiking it under the modern definition is not actually possible! 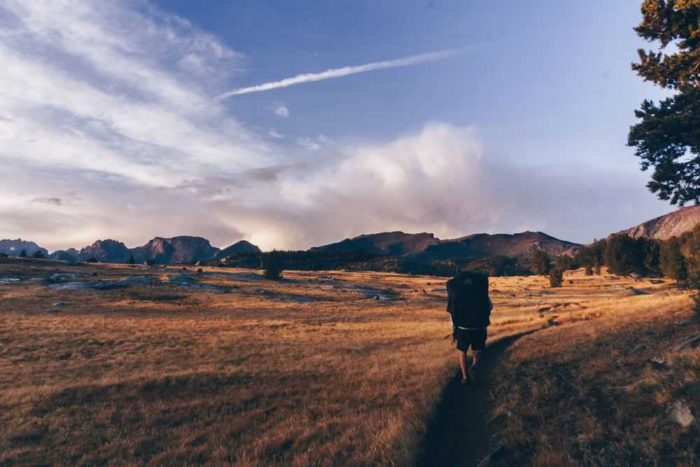 If thru-hiking is completing the journey in one set period of time, then section hiking is the opposite. Often people are not able to set aside the months required to thru-hike, yet completing the trail in its entirety remains an ambition. And so they section hike. As the name suggests, this involves completing sections of the trail, before going home, an then picking up where you left off another time.

This can be tackled in myriad different ways. One person may decide to hike (for example) the Appalachian Trail in 3 sections of 2 months each. Another person may hike the trail a week at a time.

Doing it this way means that it does not have to be tackled in a linear order. A hiker may find that a trip takes them to within touching-distance of a certain section of previously untrodden trail, and decide to tackle that part while they are in that part of the country.

You may have heard of a man called Jeffrey H. Ryan, who wrote a book called Appalachian Odyssey: A 28 Year Hike on America’s Trail. Now, he did not thru-hike the Appalachian Trail continuously for 28 years, but rather it took him 28 years of various section hikes to walk the entire trail. Now that is perseverance!

Section hiking does not necessarily have to be attempted with the intention of completing the whole trail. Many people look only for the most difficult, the easiest, the quietest or the most spectacular sections of the trail, and just hike those sections.

Best thru-hikes in the world

Te Araroa Trail: Shifting to New Zealand we have this increasingly popular and epic thru-hike from Cape Reinga in the north of the country to Bluff at the bottom of the South Island. In the local Maori language Te Araroa means “The Long Pathway”, which is a pretty good name for a 1,864-mile hiking trail.

This spectacular route takes you through cities, along coastal paths inhabited by seals and penguins, over volcanoes and alongside snow-capped peaks. And being NZ, the scenery can drastically change within the blink of an eye.

Great Himalaya Trail: Although there is a much longer Himalayan trail currently in construction that will span 2,800 miles from Tibet to Kashmir, there is still the original GHT that stretches the length of Nepal.

The path is a little over 1000 miles of arduous terrain, taking in some of the highest foot-trafficked mountain passes in the world. Only for those with a keen sense of adventure and the stamina of a high-altitude yak.

Jordan Trail: As the name suggests, this varying trail spans the length of the beautiful country of Jordan, from the mountainous Um Qais in the north, to Aqaba and the crystal-clear waters if the Red Sea in the south. The route takes you through historical sites and villages, including the ancient Nabataean city of Petra: one of the New 7 Wonders of the World.

Keep heading south into Wadi Rum, a desert famed for its rugged beauty, before finishing with a welcomed dip in the Red Sea, where it is possible to look across and see Israel, Egypt and Saudi Arabia.

Via Alpina: This is the ultimate European alpine thru-hike, passing through Monaco, France, Italy, Switzerland, Lichtenstein, Germany, Austria and Slovenia. The route take you over passes well in excess of 10,000 feet, and over 3000 miles of vastly contrasting terrain. It is best to undertake this challenge in the summer months, as much of the trail will be cut off by snow in winter.

Camino de Santiago: Translated as “The Way of St. James”, this traditional Christian pilgrimage has become more of a thru-hikers pilgrimage in recent times, with thousands of people flocking to hike this every year.

The route actually begins (or ends) in Saint Jean Pied de Port in France, and terminates at the Cathedral de Compostela in Galicia, Spain. The approximately 500-mile route takes in the city of Pamplona, famous for the annual Running of the Bulls. 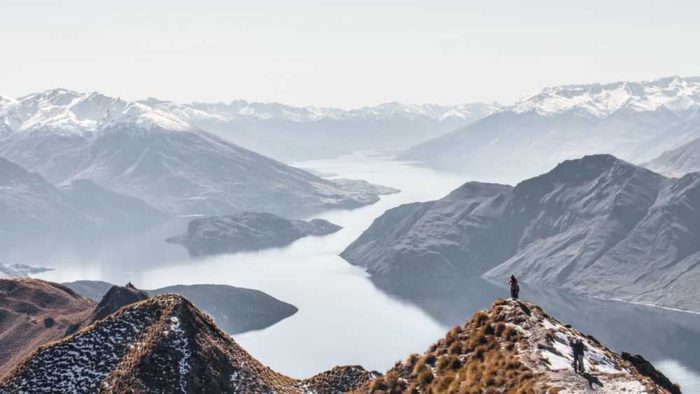 How to train for a thru-hike

It is a fact that the people who begin their thru-hikes in decent shape are the ones most likely to finish it. I have always been a fan of activity-specific training. This means that if I am training to go on a long hike with a heavy pack on my back, then I put a lot of stuff in my backpack and go off on shorter hikes.

This trains my legs, but also my back and core strength to be able to handle a pack all day long. In fact, while I am out on these training hikes, I make sure my pack is heavier than it is going to be when I am out on my super long hike.

I also find that cycling strengthens a lot of the muscles that you will be using to power up those hills and mountains. It is a great way to achieve this without putting any unwanted strain on your joints. But at the end of the day, you are going to get a whole lot fitter when out on your thru-hike, so do not overdo it and burnout before you even begin.

Mental preparation is just as important as the physical side. If you are heading off on a thru hike and need to get mentally prepared, check out our tips and tricks here: How To Mentally Prepare For a Thru-Hike: Tips, Tricks and Advice