Chevy Express vans are some of the most affordable vans to convert, which makes van life so much more accessible than purchasing a $100,000 Sprinter conversion.

So, how much does a Chevy Express van conversion cost? A used Chevy Express conversion can cost anywhere from $6,000 to $14,000. The exact price will of course depend on how new the van is, what amenities you build in, and so forth.

I spoke with three Chevy Express owners about their conversion costs and here’s what they shared: 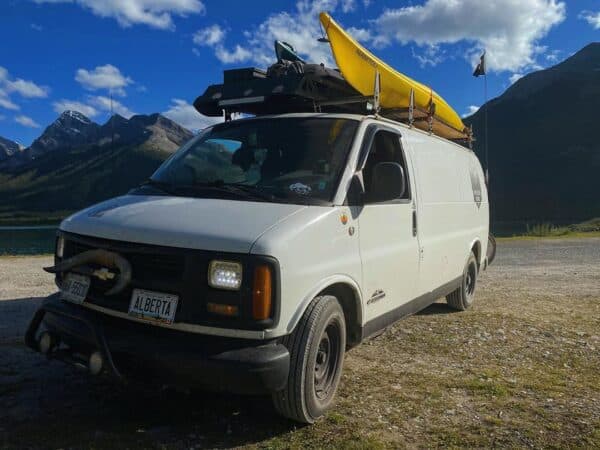 Alex (@a_hertle) converted a van on a very tight budget and shared some excellent tips for keeping costs down. Credit for the featured image at the top of this article goes to Alex as well.

Altogether, my van and conversion cost me about $8,500 CAD ($6,400 USD). I highly recommend building it out yourself or at least doing as much as you can yourself. You save a lot of money doing it that way plus it really helps to know how your van is built in case you wish to change anything or fix anything.”

“I chose the Chevy Express mainly because of the low kms and I liked the look of it. It had kind of a tough appearance to it with the black bumper in the front. I like off-road vehicles so I thought this would be a good base to build off of. It has very minimal rust (living in Ontario that is a great concern) and after loads of research, I found the Chevy Express fit my needs perfectly, for now.

The barn doors on the side are an absolute must, the amount of extra storage space you gain being able to mount items to the doors is incredible, I can’t imagine just having the sliding door. This winter I will most likely be purchasing a Cubic Mini wood burning stove that I will mount to one of the doors so I can use the stove inside or outside for heat and cooking.” 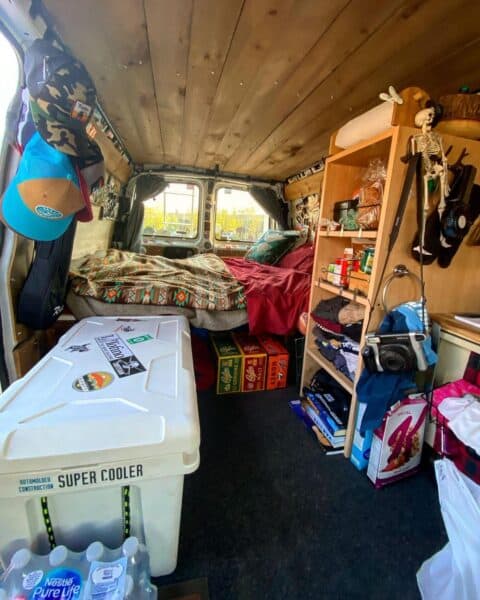 “The pros to a Chevy Express is, if properly maintained they can last for a really long time. They have powerful engines that can outlast most average cars on the road.

There is always a risk to purchasing any older vehicle as you can’t know for sure what condition it’s in. Unfortunately while driving across Canada I had to replace my transmission in Winnipeg – a costly endeavor but now I know I have a brand new transmission so I will be able to go on many more excursions in the future.

The major con I’d say towards a Chevy Express or any of the Ford E-series vans for that matter is obviously the height. The average person cannot stand inside the van. Although I have the total mindset that the point of having the van is to be outside exploring and only really being inside the van to sleep or if the weather is really bad.

I have propane hookups in two places in the van so I can cook outside using tables mounted to the back doors or indoors if I need to.”

“Best way to build out your van is to try and be cheap, but also keep in mind the weight of everything you put in it. The vans decked out in full barn board to look like log cabins look absolutely amazing but that’s a ton of extra weight on the van’s engine as well as your fuel economy.

I used very thin sheets of plywood to cover the walls of the van which are bolted to the main supports of the van with Woolite insulation between. You don’t need to spend thousands of dollars to have a cool little home on wheels, just need to be a bit creative. Also check out thrift stores for furniture for your van. Sometimes just seeing a piece will make you rethink your designs.

Have fun building your custom home and don’t think on it too much, just do it and try it out! You can always change your design later on – I’ve changed mine up a few times, added shelves and a proper big cooler and cut doors in the benches for easy access underneath.” 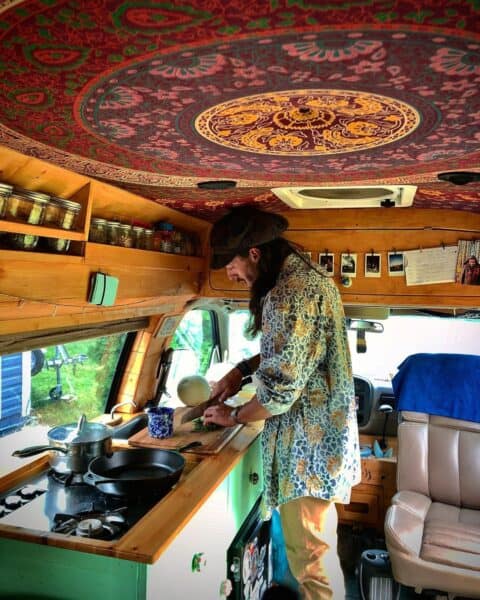 François converted his van (@mullythevan) with some beautiful custom woodwork. Here’s what he had to share about the process:

“I chose the Express van after doing an extensive amount of research online. I found sources for maintenance logs which gave me great insight. At first, I was sure I wanted a Sprinter van, but then I realized that most cargo vans are American-made vehicles which means lower costs on replacement parts.

Building my own setup was the only way to go. For as long as I can remember, I had a way to express myself creatively through woodworking. I had no idea what I really wanted as a setup until I moved into the van.” 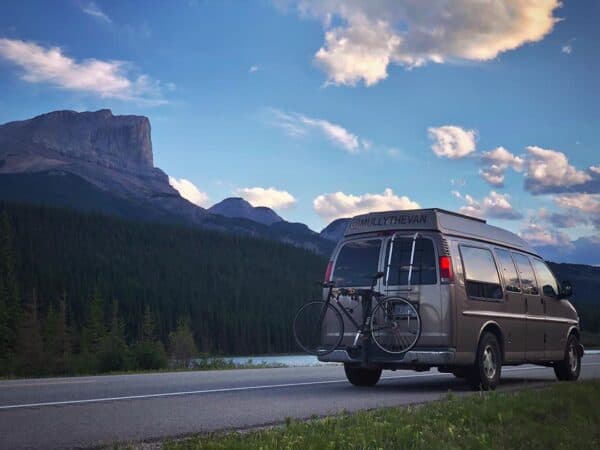 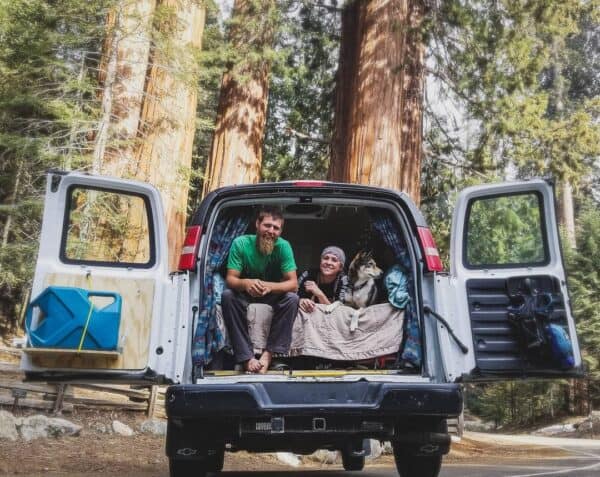 Lastly, I spoke with Megan (@megan_the_dragon) about her Chevy Express conversion, named Stan the Lavatory Van as an homage to his past life as a plumbing van.

“We were on a pretty tight budget, and only had $15,000 to spend (the amount we made from selling my Jeep). We looked at a lot of vans and even though the Chevy Express wasn’t our top pick, we love it!

It was really affordable compared to others we were looking at (ProMasters, Ford Transits, etc.) and was in really great condition. We knew we wanted to get something used and to do the conversion ourselves due to our budget.” 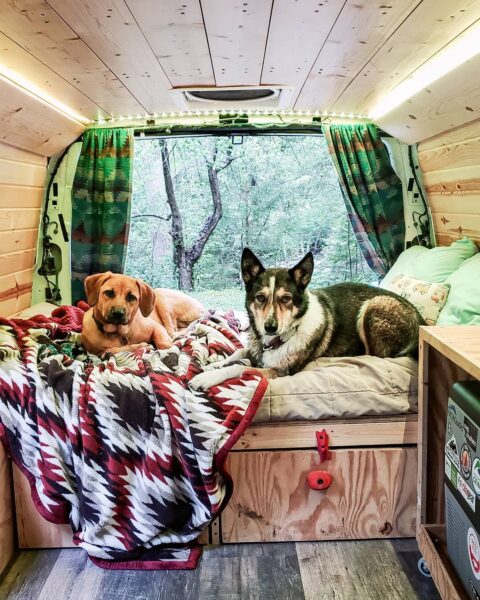 “If I had the same amount of money to put into a conversion, I would 100% get the exact same van! The Chevy express is a super reliable vehicle and, when the time comes for repairs, the parts are really affordable. The biggest pro is its reliability and affordability. Our Chevy Express has been so reliable that I use it as my daily driver, even when we’re not traveling.

The only cons I can think of are that it’s not 4 wheel drive (we’ve only gotten it stuck once though) and that it doesn’t have a high ceiling. After a few weeks/months, your back starts to feel all of the crouching down you have to do.”

“Make a budget and stick to it! Don’t worry about making it look perfect for Instagram, because that’s not the reality of van life. We have exposed wires, cheaply made curtains, and it’s usually a complete mess – but I love Stan the Lavatory Van with my whole heart!

You’ll find a lot of van conversion items for sale online that are really overpriced and very easy to do yourself if you can handle a little imperfection (such as our DIY magnetic bug nets).”

Does Chevy make a camper van?

Chevy does not currently make a camper van. However, there are several companies – like Sportsmobile, for example – who offer professional Chevy Express conversions in case you are not a DIY kind of person.

Is the Chevy Express reliable?

The Chevy Express is a very reliable vehicle, as all three of the owners I talked to mentioned. When properly cared for, an Express van can perform well for a very long time.

The Chevy Express comes in both passenger and cargo options – although of course the cargo option makes the most sense for a conversion – and both of these options come in either the 2500 or 3500. The 3500 simply has a bigger engine (V8 vs. V6 in a 2500) with more horsepower and torque.

According to the manufacturer, both models get about the same gas mileage, but the 3500 would be a better option if you plan to add a lot of weight to your van conversion or will be driving on difficult terrain.

Up Next In Camper Van Conversions:

How Much Does a Nissan NV High Roof Conversion Cost?

How Much Does a RAM ProMaster Conversion Cost?

How Much is a Ford Transit Camper Van? (New, Used and DIY)