Many athletes in the ultra running community have opted for the plant-based lifestyle. Even elite runners have tested the waters of veganism and benefited tremendously. They have even gone so far as to credit their diet to their success.

So, is a vegan diet good for runners? A vegan diet is great for runners. One of the most successful ultra long distance runners in history – Scott Jurek, has been a vegan athlete since 1999. Keep reading to learn about Scott and 7 more vegan athlete’s diets.

Whether the inspiration comes from a moral background, healthier diet, or simply being out in the nature, these athletes have been able to fuel their high mileage training weeks with plants. Veganism allows them to recover quickly and overall have more energy.

The question is… How are these athletes getting the essential nutrient, protein? Instead of getting protein from steak, chicken, milk, eggs, or whey supplements, vegan athletes are eating lower on the food chain and getting their protein from healthy plant based sources.

Big names in the endurance community have shared their knowledge on a plant-based diet and have also influenced their peers to adopt a vegan lifestyle. The following are eight elite endurance athletes that get their protein from plants. 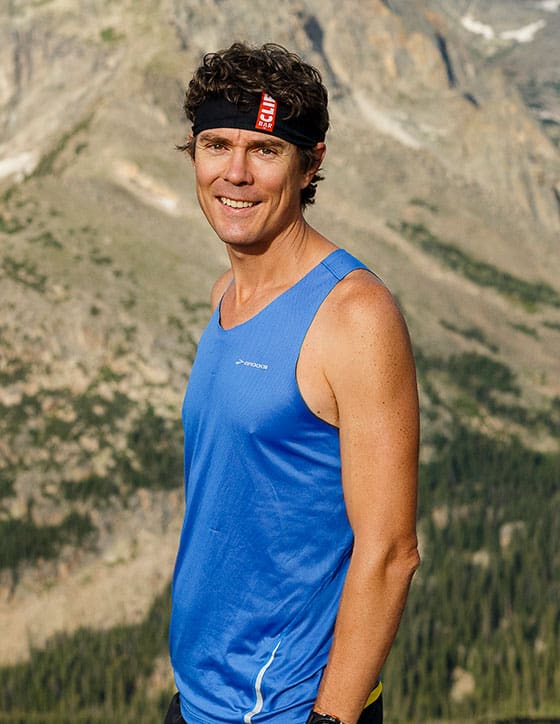 Scott Jurek owns one of the most impressive resumes for an ultra runner. For the past two decades he has been on a plant-based diet. Many of his successes as a  runner have been credited to the decision to become vegan in 1999.

The following accomplishments made him a four time winner of UltraRunning Magazine’s Ultrarunner of the Year and Men’s health 100 fittest Men of All Time:

Jurek consumes carbohydrate dense gels and chews throughout races to fuel his body.To obtain enough protein, he incorporates a lot of legumes and grains that are rich in protein during long training weeks.

Most people believe it is difficult to consume enough protein when vegan, but instead he changes his focus towards eating enough fat. Ultramarathons require extra calories, and Jurek uses fats like olive oil to achieve to achieve high calorie meals. He even went as far to experiment with only consuming olive oil while running one day. As expected that did not end well. Besides the mishap, Jurek’s diet must be effective with the many accomplishments he has earned.

Due to his plant-based diet he has been able to reduce his recovery time and lacks injuries from a demanding training schedule. The most challenging part is not reaching the high mileage, but keeping his food interesting. 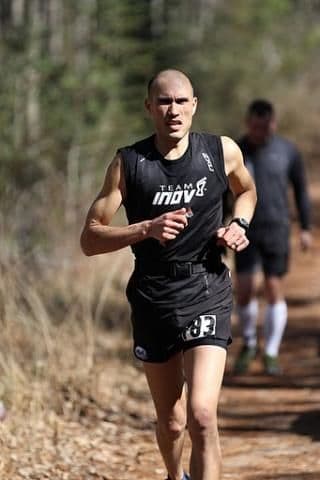 Yassine Diboun became a vegan in 2008 after him and his wife learned more about the benefits of a plant-based diet. Many of his beliefs were debunked after watching the documentary by Woody Harrelson, “Go Further.” After further investigation, he finally committed to being vegan.

Since making the switch from animals to plants, Yassine is a faster and stronger runner. He places in the top of some of the most challenging ultramarathons, not only in America but around the world, including:

He competes at a national level in distances of 100 miles and over, and has extensive experience in high level events.

When it comes to training and eating he implements simplicity, variety, and fun. Yassine continually mixes up his meals by having a variety of nutrients. The one thing that made his transition easier is a Vita-mix for smoothies. He can combine a multitude of fruits and vegetables in no time for a quick nutrient dense snack.

Yassine’s palate always changes and he believes in listening to what he craves while introducing new foods along the way.  Usually he starts his day off with Steel Cut Oats and then continues the rest of his meals with beans, legumes, and whole grains to get his protein in.

Not only has a plant based diet helped Yassine’s energy levels increase but he is more spiritually healthy. He no longer kills or exploits another living being for his wants or needs. 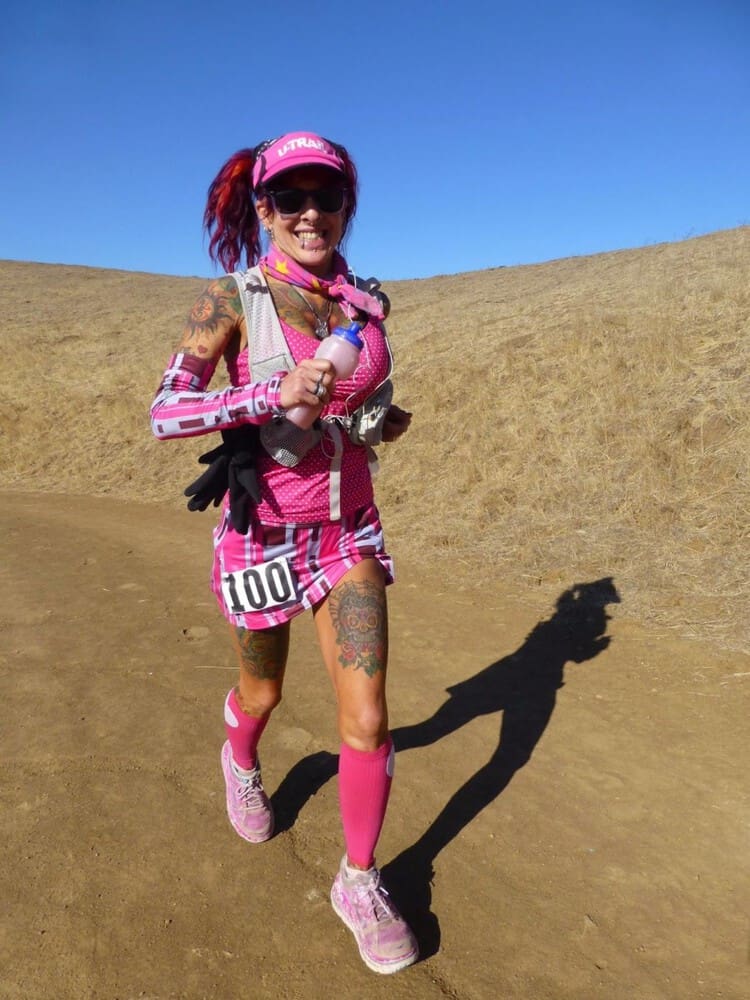 Catra Corbett has not only made a name for herself in the ultramarathon community, but she overcame major personal struggles in her past. She decided to turn her life around after years of alcohol and illegal drug abuse. Overnight she started her career of running on the trails and became a vegan.

The Dirt Diva has not only ran more than 250 ultramarathons, but she has also had the following achievements:

She has followed a vegan diet for the past 15 years. Catra stated that she no longer has low points or the normal tiredness that one would usually get especially at night. When not racing she focuses on a low carb vegan Keto diet. She realized that a vegan Keto diet worked for her after the negative effects of high intake of carbs.

At the end of the day she makes choices that work for her, and wants other people to realize that they have to listen to their body and make adjustments specifically to them. 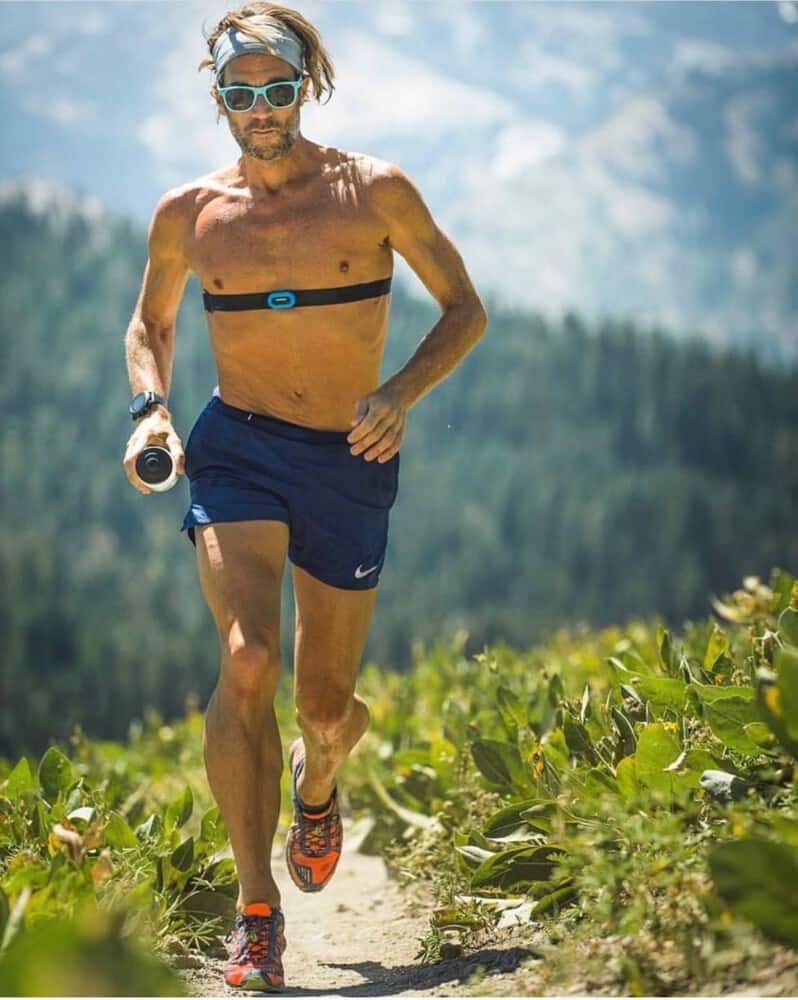 Rich Roll dove head first into a vegan diet and began training for the 2008 Ultraman right before his 40th birthday. He noticed his health was at an all time low because he was inactive, used alcohol and other drugs, and possessed a poor eating habits.

He found that there are benefits and drawbacks to a plant-based diet, but overall has had extremely positive results. In his first event, the Ultraman 2008, he placed 11th overall with only 6 months to train while also overhauling his diet. He did not stop there and had the following successes:

Rich is also a best-selling author from writing books about ultras and transitioning to a vegan diet later in his life. His first book was “Finding Ultra,” explains how he struggled with his health and transformed into an elite athlete.

He includes sources like beans, nuts, lentils, hemp seeds, spirulina, and quinoa in his diet to get enough protein. Foods like sweet potatoes and bananas have less concentrated sources of protein and usually help him get the right amounts of protein he needs.

Since becoming vegan, Rich has been able to bounce back from workouts and recover faster. He never felt like he needed to eat meat or dairy to keep up with his highly active lifestyle (and would have if he felt it was necessary). He has high levels of energy and believes that his plant-based diet is his secret weapon. 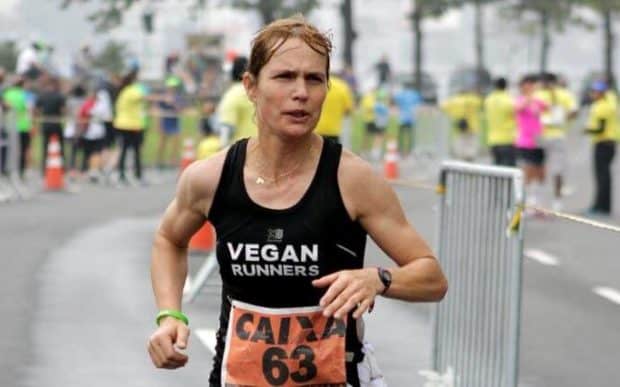 Fiona Oakes is a British distance runner who has been vegan since she was 6 years old. She has been setting records in marathons for decades, and proved that she can compete at an elite level with a plant-based diet. The following are just few of her many achievements:

Fiona commits to her vegan lifestyle because of moral reasons. She runs an animal sanctuary where she cares for around 400 animals. Continually she fund raises money so she can support all the animals she cares for.

By having a plant-based diet she does not have to feel the burden of guilt from benefiting at the expense of other living beings. She wishes that more people would look at veganism in a positive way instead of the usual stereotypes that are associated with it. She proved that she is no “weak vegan” from being a female firefighter and endurance runner.

When it comes to eating, Fiona eats one meal a day and does not snack. Her meals are pretty basic and made up of whatever is seasonal and inexpensive. Whole grains, nuts, rice, pasta, fruit, vegetables, bread, and of course peanut butter make up her diet. 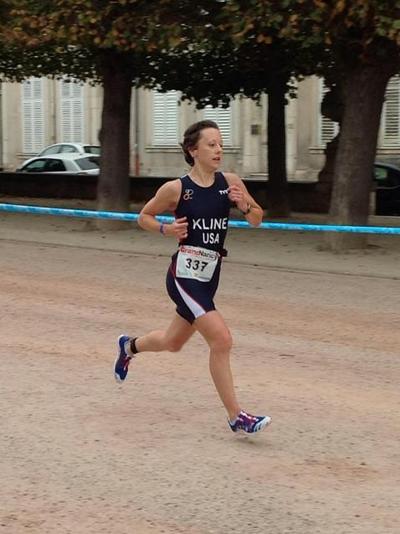 Laura Kline is a multisport athlete who excels in events including the duathalon, triatholon, and ultramarathons. She stopped eating meat in 2001 and noticed improvements quickly. In 2005 she eliminated dairy after inspiration form Brendan Brazier’s “Thrive Diet” and became vegan.

Since her debut in the duathalon in 2004, Laura has had a multitude of successes in different sports. Below are some of her many achievements:

By choosing whole foods she is getting foods that naturally give her energy and speed up her recovery. Veganism has increased her energy, recovery, and she believes the diet is the reason why she is rarely sick.

With an intense training schedule of work and training she prefers recipes that are quick and easy. Laura enjoys chickpea curries because of their flavor and benefits from the spices being anti inflammatory. Her diet also consists of vegetables, fruits, nuts, seeds, legumes, and unprocessed grains. 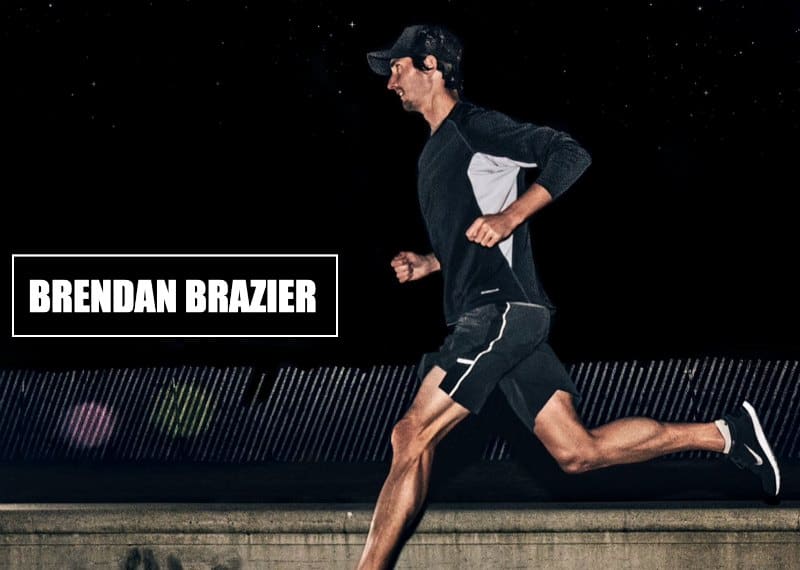 Brendan Brazier is a former triathlete and ultramarathoner. He more recently transitioned to a successful performance nutrition consultant and best-selling author. As the co-founder of Vega, he now creates and provides plant-based products for athletes. Before Vega he was a successful athlete with the following accomplishments:

Brendan has seen many benefits from a vegan diet and shares his knowledge of vegan nutrition for sports in his “Thrive” book series. He believes in consuming foods that are high in nutrients and digest easier (hemp seeds, flax, algae, seaweed, fruit, and leafy greens.) He also encourages people to buy locally at farmers markets.

Not only does he advocate for a plant-based diet in his books but he even has testified about health and nutrition to the US Congress twice. People do not eat healthy food because junk is more convenient. He would like to change the system so fruit and vegetable growers could get subsidies to ultimately lower prices. 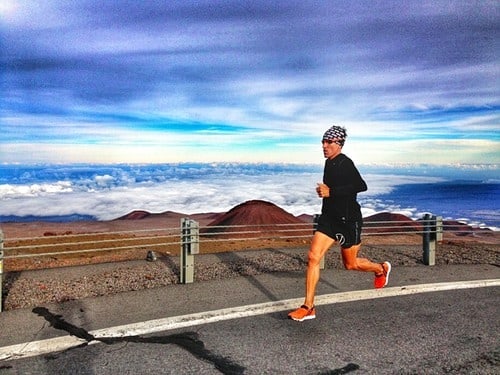 Lester made multiple trips across the US and has some FKTs (Fastest Known Times) under his name. He has also made an impression endurance sports in the following events:

He credits being able to run these high mileage events to avacados. The calorie and fat dense fruit are crucial to his diet, and allows him to get enough energy.

Lester is friends with Rich Roll, as they completed the five Ironman events in less than a week together. They share similar thoughts on nutrition and the plant-based lifestyle. Jason gets his protein from beans, nuts, lentils, flax, hemp seed, and whole grains.