If you’re planning a trip, chances are you’ve considered visiting a National Park. It would be easy to assume that every state has a National Park, but the fact is, there are 20 states without national parks.

Alternatively, 30 states and two U.S. territories (Virgin Islands and American Samoa) are home to all 63 U.S. National Parks. While a dozen (63) national parks exist in the U.S., they only exist in a little more than half of the country’s states. So, what states have no National Parks at all? We have listed all of them below.

All the states with no National Parks:

NOTE: Some people usually report the number to be 21, and usually include Idaho. However, this is because a small part of Yellowstone National Park extends into Idaho. So, really, this could go either way depending on how you want to designate this situation.

How Many National Parks Do We Have in the United States?

There are a total of 63 National Parks in the U.S.

However, the total National Park Service and all its locations encompass 423 National Park units or sites in the U.S. These national units span over 84 million acres and extend into the U.S. territories, including Guam, Samoa, Virgin Islands, and Puerto Rico.

How Many States Have a National Park?

Surprisingly, there are a dozen states without a single national park, but at the same time, most states have other types of parks to enjoy scenic and historic sites that are ran on a more local level.

National Parks are only a part of the many national park service sites or designations. There are also trails, historic parks, national battlefields, etc. And there’s a state without any of these up until 2013 – Delaware. On March 25, 2013, the state of Delaware received it’s first National Park Service designation called First State National Historical Park.

While the state pays homage to many attractive sites and designations, such as beaches and wildlife refuges, it has very few National Park Service units. Usually nicknamed the “First State,” Delaware was the first state to sign the U.S. constitution, but has a minimal NPS presence.

However, there are plenty of natural attractions in this state. It’s home to rolling hills, coastal plains, sandy beaches, and swamps, making it the perfect tourist destination. You shouldn’t fail to visit two popular site-seeing attractions in Delaware: the Delaware Bay in Cape Henlopen and Bombay Hook National Wildlife Refuge. 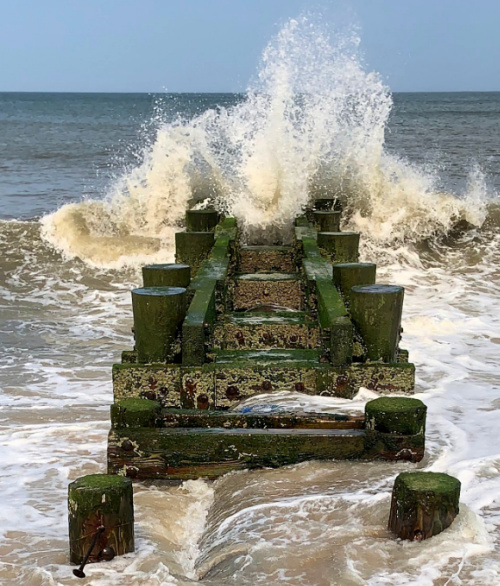 The National Park Service and their Management Roles

Usually, the land is preserved for various reasons, but they mostly fall under public enjoyment, recreation, education, scientific research, historic interests, and inspiration of future generations.

In the U.S., the national parks are managed by the National Park Service (NPS). NPS is a bureau of the U.S. Department of Interior and was established on August 25, 1916.

President Woodrow Wilson signed an act to create the NPS, and it was mandated to protect the existing 35 national parks and monuments and those yet to be established.

Since then, NPS’s mandate has grown; they’re responsible for caring for over 400 national park units. It includes monuments, trails, national seashores, and historical sites.

However, there are different naming designations for the natural resources under the National Park Systems and what many call “parks.”
The key thing to remember is that the mode of establishment and management is usually the biggest differentiation between national parks and other units.

The NPS is mandated to oversee national parks, while other agencies manage other units.

Nevertheless, even under different management roles, all the agencies have a collective mandate to preserve the national land, resources, historical locations, and artifacts. They’re also responsible for caring for the plants and animals in the national parks and other service units.

Which State Has the Most National Parks?

California has the highest number of national parks. The state has a total of nine national parks, and the most popular parks are Yosemite, Redwood, and Joshua Tree.

What’s the Most Crowded National Park?

The most crowded national Park has to be the most visited, and it is the Great Smoky Mountains, National Park. It straddles the border between Tennessee and North Carolina. It’s a popular tourist destination, encompassing lush green forests and abundant plants and flower varieties. There’re also plenty of waterfalls, streams, and rivers.

A visitation report by NPS indicates that the Great Smoky Mountains recorded 14.1 M visitors in 2021. Zion and Yellowstone National Parks took second and third place consecutively, at around 5 million each for the most visitors.

Surprisingly, the Gates of the Arctic National Park and Preserve in Alaska, with the largest acreage, have had the least number of visitors in the past few years.

It’s understandable because both parks aren’t established with amenities at all, and there’re no campsite facilities, roads, or trails.
While you could explore the Park at your pleasure, you need to fly or hike to gain access.

Are National Parks Worth Visiting?

Yes, national parks are worth visiting. I’ve been camping in national parks for the last several decades, and I’m pleasantly surprised at how cheap it is. National parks have also been created for many reasons and are a vital part of the American heritage. Regardless of how they were formed, national parks continue to do what they were set out to do: protecting natural places for public recreation.

While some national parks are more popular than others, I would suggest you get to visit a different one every year. They all offer amazing exploration experiences.

Which State Park Should Be Turned into a National Park?

In my opinion, there are plenty of undiscovered locations in the U.S. could make potential national parks. If I was to nominate one location, it would be the “Valley of Fire” state park in Nevada. It’s a truly stunning state park that should be part of our national treasures.

I’ve been around the Park several times, and every time I head there, I’m truly amazed by the mesmerizing landscapes, especially during winter.
The Porcupine Mountains State Park in Michigan is another beautiful destination that should be transformed into a national park.

The lake of clouds in this state park is stunning, especially during fall, and if I was to rank the most beautiful places in the U.S., this one should be on that list.

Of course, there’re tons of other places, and some are already managed by different park designations. So, it’s hard to imagine a location that isn’t under the Federal government’s watch.

On a recent birthday, I was gifted a U.S. Park Pass, and when I first unwrapped it, I was overwhelmed by the number of wild places to explore.
The America the Beautiful Pass is your ticket to over 2,000 federal national recreation sites. It gives you access to sites managed by BLM, Forest Service, National Park Service, and Bureau of Reclamation.

My only  surprise is even with such an overwhelming list of destinations to visit, the options in Delaware seemed scarce. Delaware doesn’t have a national park of its own. While this doesn’t render my Park Pass useless, it made me want to know what other states don’t have a national park. And Delaware isn’t the only one in this regard, as I came to realize.

Which National Park has the Most Disappearances?

Which National Parks are Best in Winter?

Has Anyone Died Hiking Angels Landing?